It's too soon to know where Teddy will go 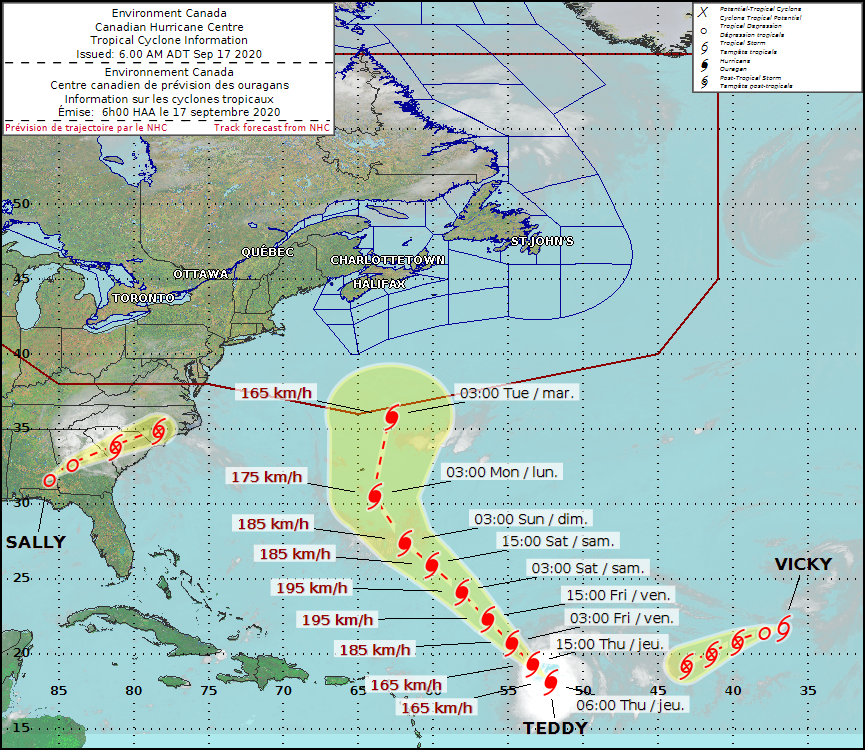 UPDATE: Nova Scotia likely to get some impacts from Teddy

It's too soon to know where Teddy will go, but the Canadian Hurricane Centre says it bears watching.

As of Thursday, the Category 2 hurricane is currently east of the Lesser Antilles.

"Essentially the storm is moving in a northwesterly direction, and we expect it to start to make a turn to a more northerly direction probably late in the weekend into early in the week," explained meteorologist Bob Robichaud.

"And then there's a couple of different scenarios, one that brings it up over the Maritimes, and one where it gets deflected offshore."

According to Robichaud, it all depends on when Teddy starts heading east.

If it does head our way, Robichaud expects it to be a "significant wind event."

But at this point he said the situation is fluid, so we'll have to wait until the storm gets closer before the Canadian Hurricane Centre can provide more specific details.