It's time to modernize 'Roll up the Rim' says Dalhousie professor

As Canadians across the country ready their thumbs, calls are growing for Tim Hortons to 'roll up the rim' in a more environmentally-friendly way
Feb 6, 2019 3:36 PM By: Meghan Groff 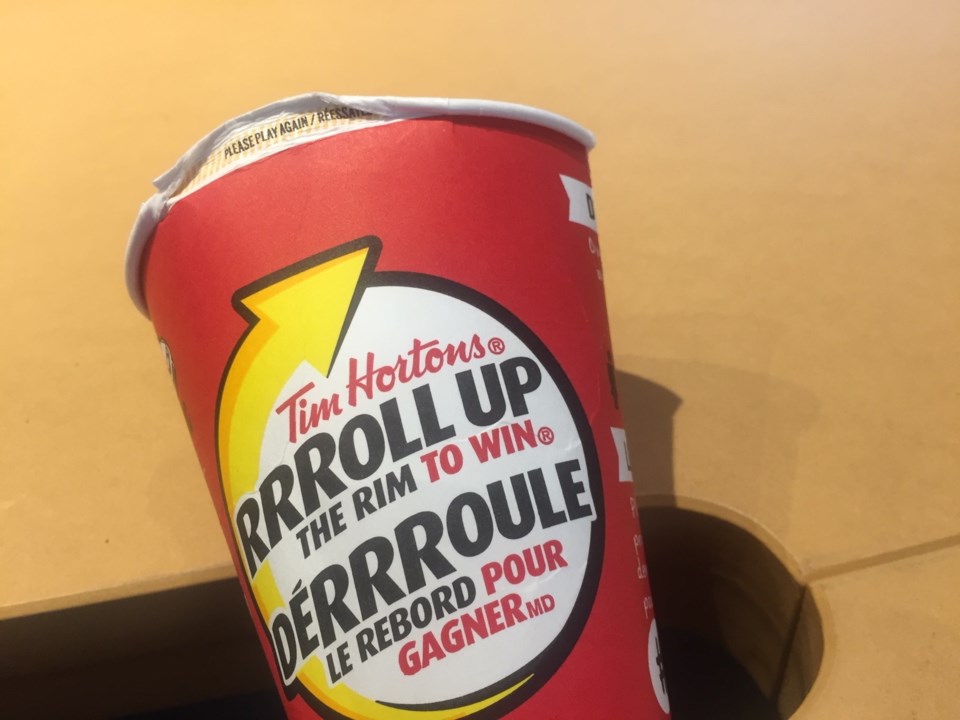 As Canadians across the country ready their thumbs, calls are growing for Tim Hortons to "roll up the rim" in a more environmentally-friendly way.

One of the most successful Canadian marketing campaigns of all time, Roll up the Rim to Win started in 1986, a few years before recycling programs were launched in many parts of the country.

Over thirty years later, it's a different marketplace. Garbage, plastic, and unsustainable food practices are common topics of conversation as municipalities discuss banning plastic bags and limiting the use of plastic drinking straws.

A professor of food distribution and policy at Dalhousie University thinks it's time for Tims to modernize their contest.

"In an era where packaging is heavily targeted, they may want to want to think differently about the campaign itself," said Sylvain Charlebois. "Perhaps digitizing the approach could be beneficial."

According to Charlebois, almost 300 million of the iconic red cups are produced each year to run 'Roll up the Rim' in North America.

He said with the public now at least partially holding companies responsible for the garbage that's being tossed roadside or washing up on the beach, backlash is starting to build.

It's particularly gained a lot of traction this year thanks to three kids from Calgary.

Mya Chau, Eve Helman and Ben Duthie have launched an online petition calling for Tim Hortons to pour their double-doubles into compostable cups or ones made of materials that can be recycled everywhere in Canada.

They also want the company to promote reusable cups.

"We see so many people buy coffee at Tim Hortons every day and we also see their cups littering the streets and in the garbage," said the trio on their change.org page.

"It is estimated that a total 600 billion single-use cups wind up in landfills each year. Our planet and our oceans can't take any more waste! We think it's time for Tim Hortons to join the movement towards a more sustainable future."

As part of their Grade 6 science fair project, Mya and Eve started a similar petition targeting Starbucks who has now pledged US$10 million to develop recyclable and compostable cups.

Ben petitioned Starbucks to get rid of plastic straws and the company now plans to phase out their use by 2020.

As of Wednesday afternoon, their Tim Hortons petition has over 106,000 signatures.