The proposal calls for the Nova Scotia government to increase the hotel accommodation tax and introduce a new car rental tax to help fund the stadium
0
Oct 9, 2019 5:59 AM By: Mark Hodgins 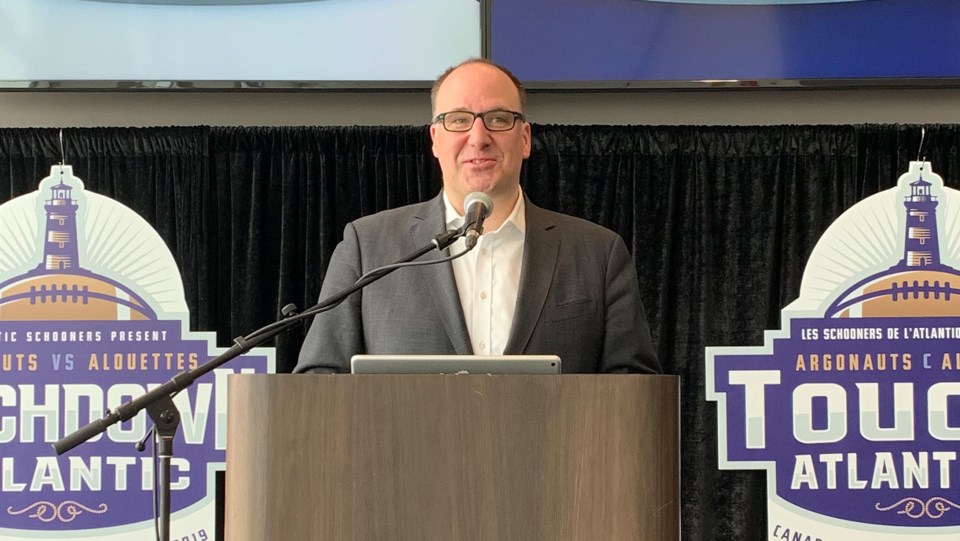 The Tourism Industry Association of Nova Scotia is rebuking a suggestion from Schooner Sports and Entertainment that the province increase taxes on visitors to help fund a stadium in Shannon Park.

"Like most Nova Scotians, the Tourism Industry Association of Nova Scotia was shocked at the suggestion that the private sector consortium, Schooner Sports and Entertainment, would suggest increasing the visitor levy on accommodations and car rentals in order to fund the proposed Sports Stadium as outlined in their proposal to HRM," she wrote.

The proposal calls for the Nova Scotia government to increase the hotel accommodation tax and introduce a new car rental tax to help fund the stadium.

Grant Fiander said tourism is incredibly important to the Nova Scotia economy. She added the tourism industry was not consulted on the proposed levies.

"The indiscriminate suggestion that we should increase tax on all visitors using accommodation and car rentals to fund a private sector venture is completely inappropriate," wrote Grant Fiander.