A death-friendly approach could lay the groundwork for people to stop fearing getting old or alienating those who have, experts say
Apr 10, 2021 6:56 PM By: The Conversation 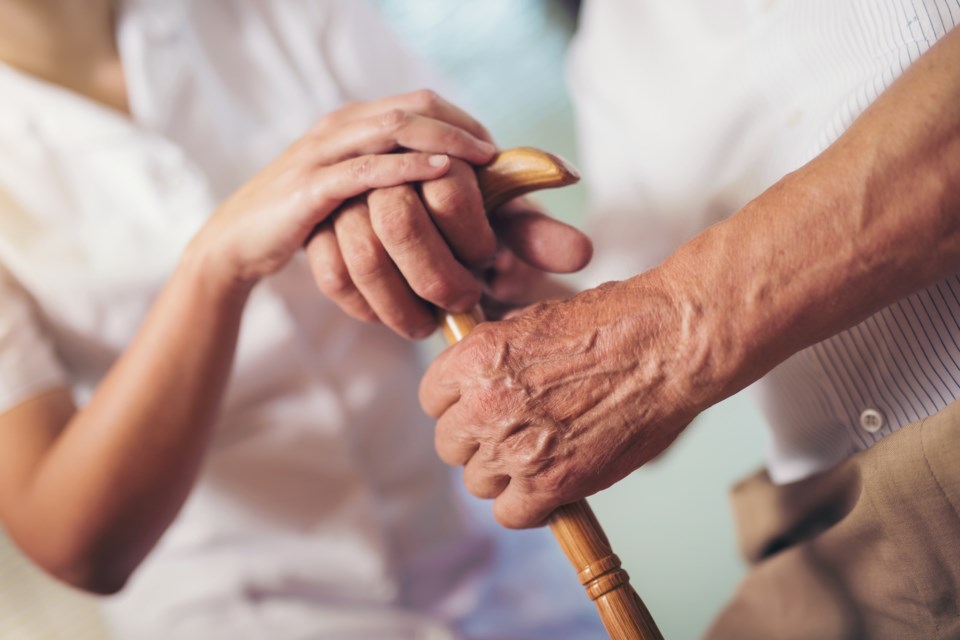 This article, written by Julia Brassolotto, University of Lethbridge; Albert Banerjee, St. Thomas University (Canada), and Sally Chivers, Trent University, originally appeared on The Conversation and has been republished here with permission:

Death looms larger than usual during a global pandemic. An age-friendly community works to make sure people are connected, healthy and active throughout their lives, but it doesn’t pay as much attention to the end of life.

In today’s context, the suggestion to become friendly with death may sound strange. But as scholars doing research on age-friendly communities, we wonder what it would mean for a community to be friendly towards death, dying, grief and bereavement.

There’s a lot we can learn from the palliative care movement: it considers death as meaningful and dying as a stage of life to be valued, supported and lived. Welcoming mortality might actually help us live better lives and support communities — rather than relying on medical systems — to care for people at the end of their lives.

The medicalization of death

Until the 1950s, most Canadians died in their homes. More recently, death has moved to hospitals, hospices, long-term care homes or other health-care institutions.

The societal implications of this shift are profound: fewer people witness death. The dying process has become less familiar and more frightening because we don’t get a chance to be part of it, until we face our own.

Fear of death, of aging and social inclusion

In western cultures, death is often associated with aging, and vice versa. And a fear of death contributes to a fear of aging. One study found that psychology students with death-anxiety were less willing to work with older adults in their practice. Another study found that worries about death and aging led to ageism. In other words, younger adults push older adults away because they don’t want to think about death.

A clear example of ageism being borne out of a fear of death can be seen through COVID-19; the disease gained the nickname “boomer remover” because it seemed to link aging with death.

The World Health Organization’s (WHO) framework for age-friendly communities includes “respect and social inclusion” as one of its eight focuses. The movement fights ageism via educational efforts and intergenerational activities.

Improving death-friendliness offers further opportunities to improve social inclusion. A death-friendly approach could lay the groundwork for people to stop fearing getting old or alienating those who have. Greater openness about mortality also creates more space for grief.

During COVID-19, it’s become clearer than ever that grief is both personal and collective. It’s especially relevant to older adults who outlive many of their peers and experience multiple losses.

The compassionate communities approach came from the fields of palliative care and critical public health. It focuses on community development related to end-of-life planning, bereavement support and improved understandings about aging, dying, death, loss and care.

The age-friendly and compassionate communities initiatives share several goals, but they don’t yet share practices. We think they should.

Originating with the WHO’s concept of healthy cities, the compassionate communities charter responds to criticisms that public health has fallen short in responding to death and loss. The charter makes recommendations for addressing death and grief in schools, workplaces, trade unions, places of worship, hospices and nursing homes, museums, art galleries and municipal governments. It also accounts for diverse experiences of death and dying — for instance, for those who are unhoused, imprisoned, refugees or experiencing other forms of social marginalization.

The charter calls not only for efforts to raise awareness and improve planning, but also for accountability related to death and grief. It highlights the need to review and test a city’s initiatives (for instance, review of local policy and planning, annual emergency services roundtable, public forums, art exhibits and more). Much like the age-friendly framework, the compassionate communities charter uses a best practice framework, adaptable to any city.

There’s a lot to like about the compassionate communities approach.

First, it comes from the community, rather than from medicine. It brings death back from the hospitals and into the public eye. It acknowledges that when one person dies, it affects a community. And it offers space and outlets for bereavement.

Second, the compassionate communities approach makes death a normal part of life whether by connecting school children with hospices, integrating end-of-life discussions into workplaces, providing bereavement supports or creating opportunities for creative expression about grief and mortality. This can demystify the dying process and lead to more productive conversations about death and grief.

Third, this approach acknowledges diverse settings and cultural contexts for responding to death. It doesn’t tell us what death rituals or grief practices should be. Instead, it holds space for a variety of approaches and experiences.

If age-friendly initiatives contend with mortality, anticipate diverse end-of-life needs, and seek to understand how communities can indeed become more death-friendly, they could make even more of a difference.

That’s an idea worth exploring.