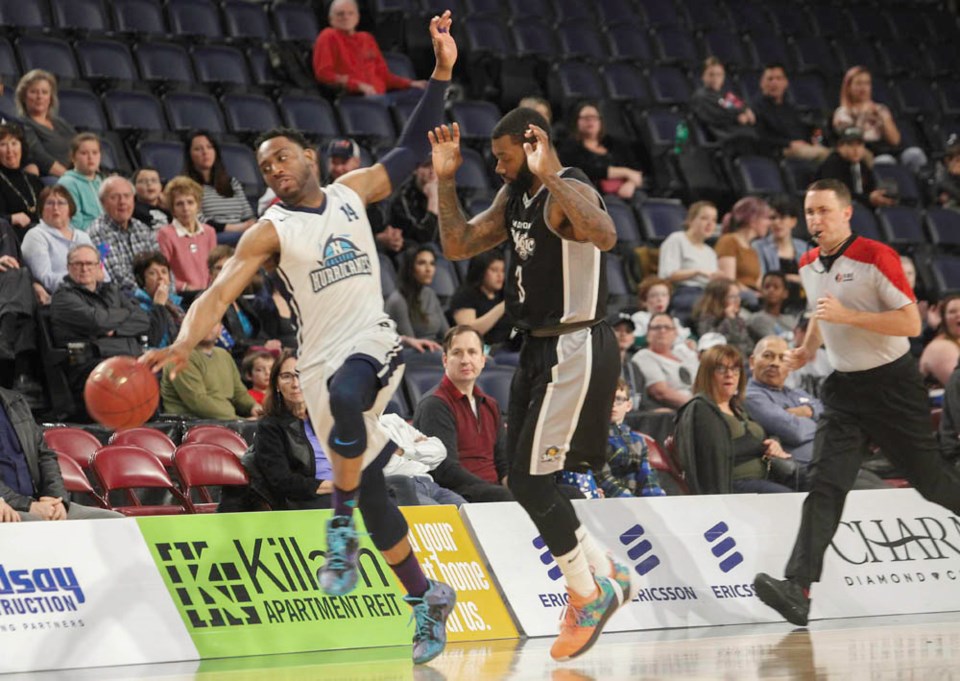 HALIFAX - The Halifax Hurricanes performed some fourth-quarter magic over Moncton at home Thursday night, overcoming a 17-point deficit to take the opener of the National Basketball League of Canada Atlantic Division Final 107-97.

The Hurricanes trailed 35-17 at the end of the first-quarter as the Magic were led by hot-shooting guard Terry Thomas, who finished with a game-high 36 points.

Halifax slowly cut the lead on the strength of 33 points from guard Antoine Mason, who shot 50 per cent from the floor, before the team went on a 34-16 fourth-quarter run to tie the game and eventually take the lead.

Also leading the comeback, a number of three pointers in the fourth quarter off the bench from guard Ta'Quan Zimmerman, who finished with 29 points, one of six Hurricanes to score in double figures. He finished 4-for-7 from behind the three-point line.

Game 2 of the Atlantic Final goes on Saturday at Scotiabank Centre before the series shifts to Moncton for games 3 and 4.

Tickets are available at the Ticket Atlantic Box Office or Online.