The suspect did not comply and the Police Service Dog was deployed and latched onto the suspect’s leg
0
Mar 28, 2020 5:13 PM By: HalifaxToday Staff 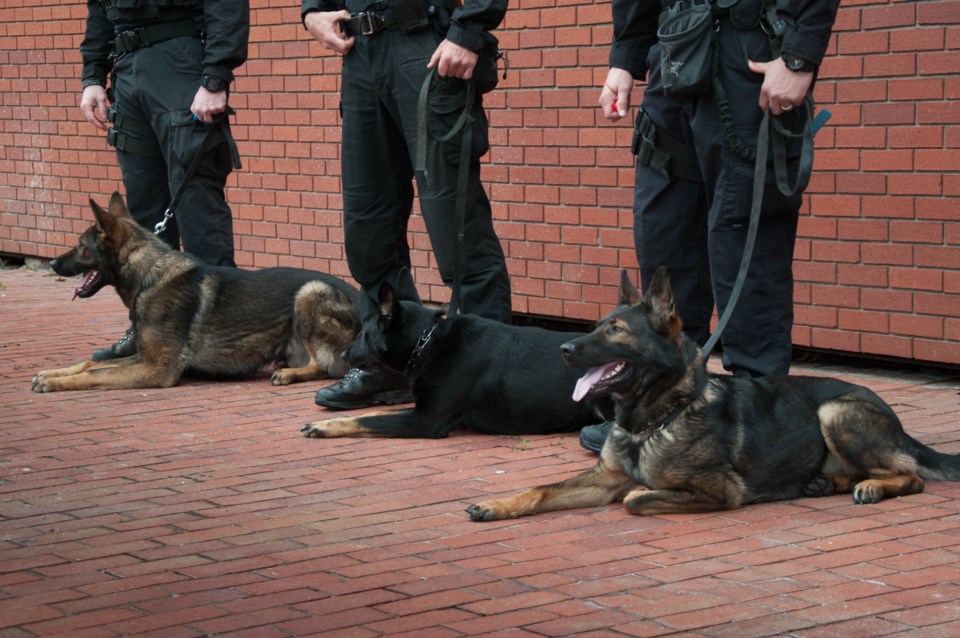 At 5:55 a.m., Halifax Regional Police responded to a report of a Break & Enter in progress into a residence in the 3300 block of Romans Avenue Halifax.   A caller reported being woken by an unknown male attempting to force the rear door open.  When confronted the suspect moved to the front of the residence and did force the locked door open.  The suspect briefly entered the residence and was again confronted by the occupants.

The suspect sustained non-life-threatening injures as a result of the dog bite that required medical treatment.  The Police Service Dog sustained minor injuries but, did not require medical treatment.  The suspect is held for court on Monday, and is facing the following charges: Break & Enter, Resist Arrest, Assault Police Officer, Willfully Cause Pain to an Animal, Breach of Probation, Breach of Recognizance and Breach of Undertaking.

Police are asking anyone with information about this incident to call police at 902-490-5020.  Anonymous tips can be sent to Crime Stoppers by calling toll-free 1-800-222-TIPS (8477), submitting a secure web tip at www.crimestoppers.ns.ca or by using the P3 Tips app.