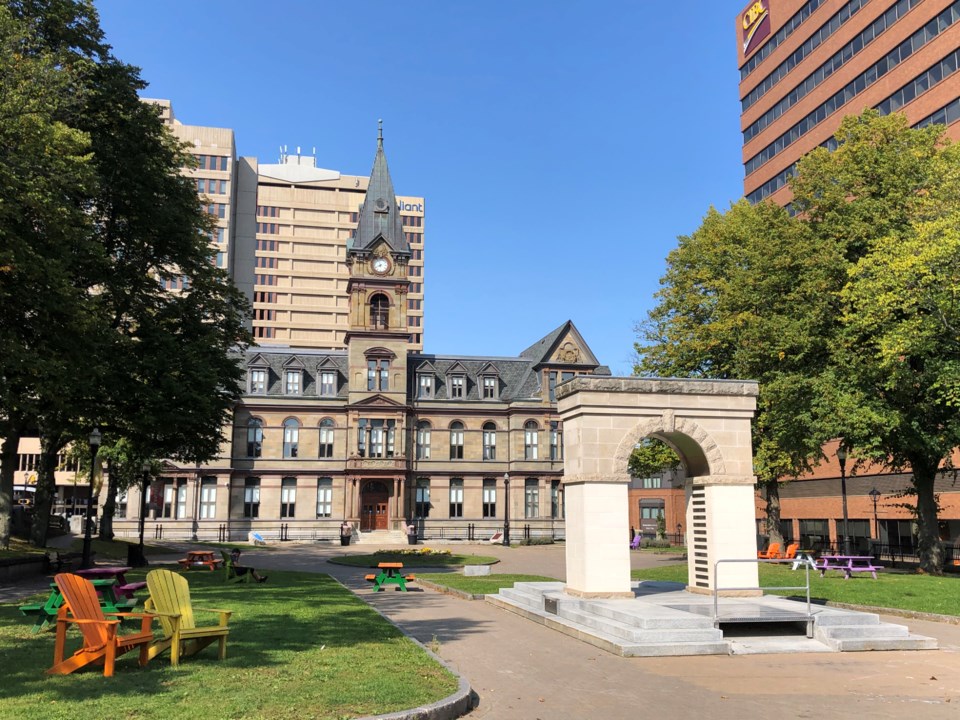 She said District 1 is quite large and diverse with 47 separate communities, but one of her overarching goals is to increase inclusion.

She said transit is another important issue she heard about, especially in the Fall River-Waverley-Wellington corridor, as well as the often brought up problems around affordable housing.

David Hendsbee is projected to win.

David Hendsbee is going back to council for another term representing Preston-Chezzetcook-Eastern Shore.

He said, with 75 different communities in District 2, there are many diverse issues to work on over the next four years.

Hendsbee — who's been representing the area since 2003 — also wants an expanded rural transit express service and to ensure volunteer firefighters have adequate resources and staffing to protect communities.

Becky Kent is a seasoned politician who served previously as a municipal councillor before winning a seat as an MLA.

Now she's happy to be back where she started - around the council table.

"I'm really proud of the work I can do as a woman," she said. "I think that a lens of how policies and approaches to important things, how they affect women and looking through a lens from that capacity, I really want to bring that to the table more than I ever have before."

Kent is planning to focus on housing issues, ending racism and creating fair opportunities for all Haligonians, not just those in District 3.

Trish Purdy beat out 11 other candidates to win the election on Cole Harbour-Westphal and says she was in shock as the number rolled in.

However, she knows exactly what her priorities are in over the next four years.

Purdy says she wants to help the most vulnerable, specifically by creating a volunteer-based support network for seniors.

"I want to make sure we don't have any seniors who are alone and isolated, especially if there's another COVID lockdown, or when we have storms or power outages," she said. "I just want to make sure our seniors are taken care of."

She also hopes to host regular events to connect local professionals and business owners to teach youth valuable skills like debt management, goal setting, paying taxes and other practical parts of being an adult.

Purdy replaces Lorelei Nicoll in District 4 who did not reoffer.

Sam Austin has been re-elected in District 5.

The Dartmouth Centre incumbent said he's humbled by the results.

In his second term, he has a few big issues he wants to tackle.

"Specifically in Dartmouth, there's a couple of things," Austin said. "I think transportation issues will continue to loom large. For me, the Sawmill River and the lake issues are things I'm very keen to continue advancing on council."

Austin defeated challenger Mitch McIntyre by a wide margin, taking 82.1 per cent of the vote.

Tony Mancini has been re-elected in Harbourview-Burnside-Dartmouth East

Mancini said he has been working on a number of projects in District 6 and hopes to advance them this term.

Waye Mason has won another term as the councillor for downtown Halifax.

He said there are some big planning issues this council will have to work its way through.

Lindell Smith has been re-elected to represent Halifax Peninsula North.

Smith says moving forward housing issues is at the top of his agenda.

"We need to make sure we have equal partners at the province," he said. "Hopefully we'll be able to make some headway on that for sure."

Smith beat two other candidates in District 8, securing 67.9 per cent of the vote.

District 9's Shawn Cleary will be back for a second term.

He said he's looking forward to getting back to work.

"There's a lot of work to do," said Cleary. "I had a big to-do list when I won 4 years ago and I'm not even half-way through it.

"Halifax is a great place, but we can make it even greater."

Cleary said the COVID-dominated campaign was unusual, but he felt voters were engaged in this election.

Kathryn Morse is projected to win.

District 10 has a new councillor.

It was a busy ballot with eight candidates vying to take the seat after long-time councillor Russell Walker's retirement.

She's coming to City Hall with a long to-do list.

"I'm looking forward to getting started on making some progress on affordable housing in this area," said Morse. "It's especially needed with rents going up in some parts of the district.

Morse said she did her best to get out and meet people during the campaign while still following public health guidelines.

HRM says we will not be receiving the final 2 tables in the race for District 11 tonight. A spokesperson says they are expecting those results tomorrow.

Iona Stoddard is projected to win.

There's a new councillor in District 12.

Zurawski was defeated after serving one term on council.

Stoddard said she's looking forward to getting to work in her district, naming transportation and landfill as her two priorities heading into City Hall.

"Foremost, I credit God almighty because I couldn't have done anything without him," she said. "I also credit my team, I had a wonderful team who backed me all the way. And I thank the constituents who listened to me, and I listened to them."

Pam Lovelace is projected to win.

There's a new councillor in District 13.

Lovelace unsuccessfully ran against Whitman in 2016.

"The fact that he decided not to run again opened up the opportunity for me and my supporters to make this change happen," said Lovelace.

Lovelace says she looks forward to creating relationships around the council table.

"Looking at our issues is important, but finding a collective solution is what we need, because a lot of issues going on in District 1 or 2, we see in District 13," she said. "We all have to come together for solutions."

Lovelace took 36 per cent of the vote on Saturday night.

Lisa Blackburn is projected to win.

The councillor for Middle/Upper Sackville-Beaverbank-Lucasville took 85 per cent of the vote.

Blackburn says two of her priorities when the new council meets will be working to make sure HalifACT 2050 is properly funded, and to use her position on the board of police commissioners to help bring about change.

"Everyone wants to make sure that our police better serve our diverse communities, and that's the kind of change I'll be working towards as well," Blackburn said.

The councillor says some of the local issues she heard about on the campaign trail from residents included traffic, water and transit services, as well as affordable housing.

"That's something that is definitely lacking out this way, so we're looking at available options for affordable housing."

This will be Blackburn's second term at the council table.

Incumbent Paul Russell has retained his seat on council.

He was the clear winner in District 15 Lower Sackville, taking just over 50 per cent of the vote.

"We have a number of people who live on one side of the highway and walk across the highway, which is incredibly dangerous and has resulted in a few people dying," Russell said.

The councillor adds he wants to see better crosswalks and sidewalks on main streets in the district and to connect the various trailways in the community.

Tim Outhit will return to the council table at Halifax City Hall.

The representative for Bedford-Wentworth was acclaimed in District 16.

HRM says all seats were acclaimed for the CSAP election.