The four-phase redevelopment of the 33-hectare site in Dartmouth, is, at some point, going to be subject to three public-comment processes
Jan 22, 2021 1:20 PM By: Michael Lightstone 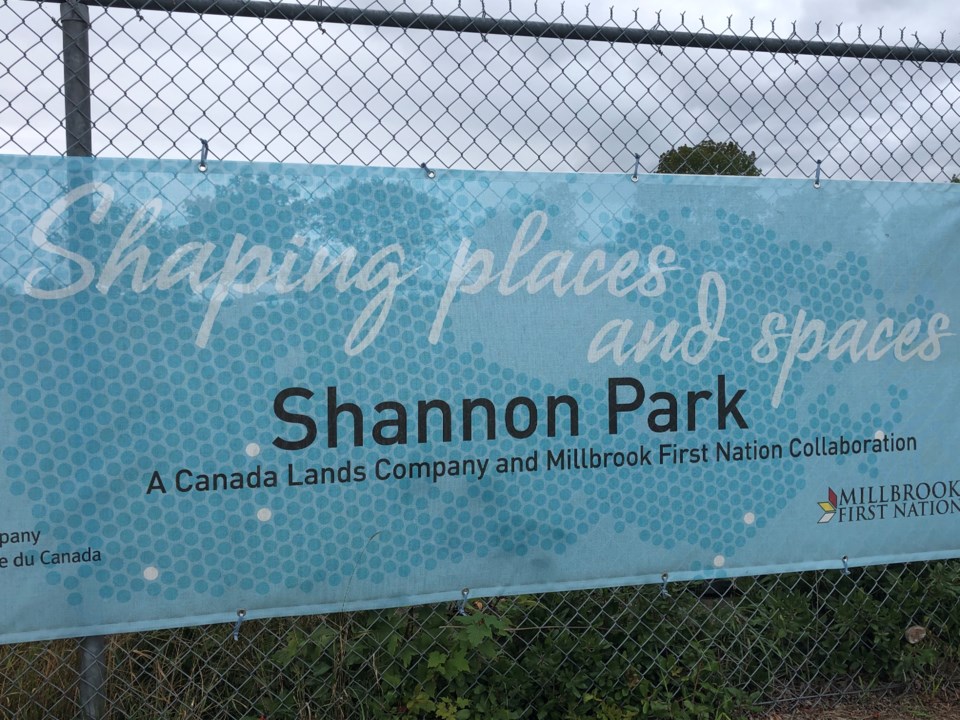 Although considerable public input has already been collected by planners of the proposed Shannon Park rebuilding project, more will be sought in the future, city hall says.

The four-phase redevelopment of the 33-hectare site in Dartmouth, is, at some point, going to be subject to three public-comment processes, Maggie-Jane Spray, a spokesperson for Halifax Regional Municipality, said recently.

She said “public engagement will be undertaken by (municipal) staff,” but “at this time, the type of engagement has not yet been determined.”

Spray said comments will also be collected when a public hearing on the merits of a development agreement application, regarding the planned residential/commercial project, is hosted by Harbour East-Marine Drive community council.

The hearing will be held prior to council’s decision on the application, which has been filed by a consultant on behalf of Canada Lands Company, a federal Crown corporation specializing in real estate that’s the principal property owner at Shannon Park.

The consultant’s letter that accompanied the development agreement application 13 months ago says the proponent feels the project, years in the planning, has been adequately reviewed by municipal staff and been subject to public input.

“Staff have had sufficient time to consider (Canada Lands’s) proposal,” it says. “We look forward to having a development agreement drafted for the site, so we can help to bring forward substantial housing and new commercial businesses in Dartmouth.”

Pre-demolition work affecting dozens of buildings at Shannon Park began in 2016. The leveling of structures wrapped up the following year.

“The development agreement will identify the location of the roads, parks, and new lots and provide provisions for the subdivision of the land,” the website says.

It’ll also “identify zones for each of the new lots, building heights, specific built form and land-use requirements and the phasing for the development,” it says.

An element of the Shannon Park proposal includes an Indigenous-led plan; about 3.6 hectares have been transferred to the Millbrook First Nation as an addition to its reserve land.

The area is currently a collection of vacant lots, except for an elementary school, a looped, walking-and-cycling trail (with a harbour lookout) and parking lots.

Canada Lands hosted public meetings in 2015 and 2016 as part of a planning exercise on the potential future of Shannon Park, a former military housing site near the MacKay Bridge.

Should the company get the green light from city hall, it “will begin installing roads and services, and market and sell serviced lots and/or blocks to builders,” a Canada Lands website says.

Among other things, the Shannon Park project calls for 26 city blocks, 3,000 housing units, 6.6 hectares of public parkland and such municipal services as water and sewer, and a new public-transit facility.

A multi-use stadium had been considered for the site but the municipality in December 2019 decided it wasn’t the spot for such a venue.