Councillor Stephen Adams says decisions can't be made based on one day
Apr 1, 2019 3:24 PM By: Chris Halef 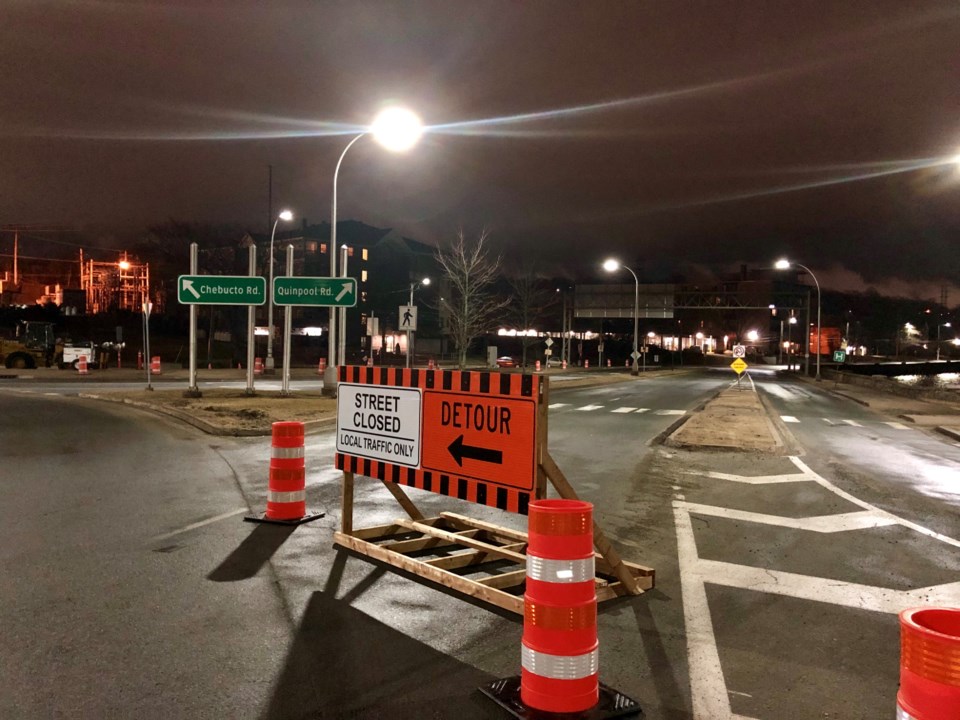 A Halifax councillor says the municipality is looking at making possible adjustments as commuters faced significant backups during the first morning of the Quinpool Road closure.

"We're looking at how the lights can be changed to help with traffic flow but it's not going to happen overnight," he said. "You can't make a decision based on Monday but I think what they'll do is they'll assess this and look for a pattern."

"They include re-assigning some lanes to favour turning movements which correspond with the detour routes," she explained. "For example, if the detour sign tells you to turn right in some areas, we've actually provided a specific right-turn lane for people to be able to make that movement easily."

"Staff will continue to monitor what's going on and we will make further adjustments for the remainder of the project."

Callers to NEWS 95.7's The Rick Howe Show questioned why drivers weren't able to use Armview Ave. to get around the CN bridge closure during the expected 4.5 month construction project.

However, Adams believes the Armview route should be considered.

"I think the Armview option has to be explored but right now there's some work being done at the beginning of that," said Adams. "It's out of commission for the next two weeks so even if staff decided to do that, it's not an option for a couple of weeks."

"If it's a concern about truck traffic, put up a 'trucks have to proceed onto Chebucto' sign. That's easy."