How to watch the Leaders' Debate in Halifax

On Monday evening, October 7, the leaders of six federal political parties will appear together on stage for the first and only time
Oct 5, 2019 5:04 PM By: Victoria Walton 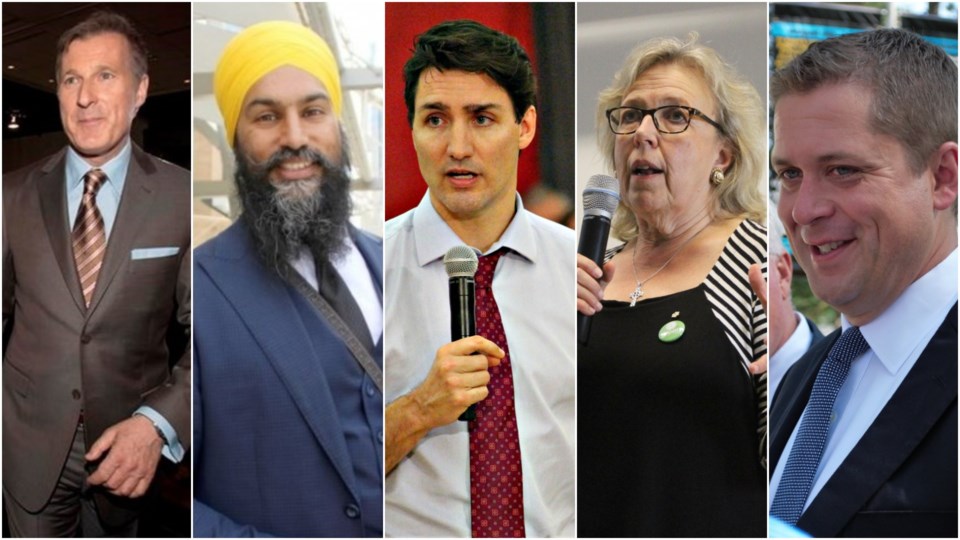 Five of the six leaders taking place in the 2019 leader's debate. (Composite of file photos)

On Monday evening, October 7, the leaders of six federal political parties will appear together on stage for the first and only time.

At 8:00 p.m. Atlantic Time, the English debate will begin, with the French debate taking place at 9 p.m. the following day.

The debate itself takes place at The Canadian Museum of History in Gatineau, Quebec, in front of a live audience.

The debates will be moderated by members from nine different media outlets that make up the Canadian Debate Production Partnership.

In Halifax there will be at least two public venues to watch livestreams of the debate.

The first is the Halifax Central Library, which will be open to everyone free of charge, with no tickets required.

The second is Cineplex, which will be livestreaming the event at 24 theatres across the country, including their Park Lane location.

Tickets are available at participating theatre box offices with a limit of two per person. Canadians are also able to reserve tickets online.

The debate will also be streamed live on several news websites and broadcasters. Click here for the full list.

The livestreams are provided in languages ranging from English and French to Plains Cree, Arabic, and Mandarin, among others. There are also accessibility adaptations including Closed Captioning, Described Video, and ASL.