How to reduce your environmental impact this holiday season

HalifaxToday.ca offers up tips on how to have a more environmentally friendly Christmas
Dec 7, 2018 2:52 PM By: Katie Hartai 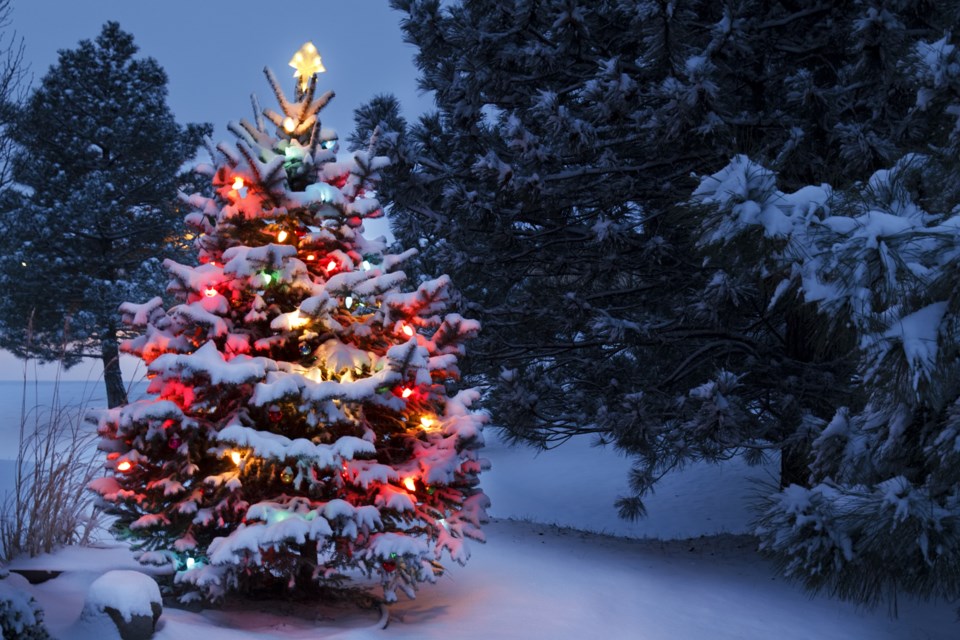 ‘Tis the season of giving and one of the greatest gifts we can give to future generations is to conserve resources and reduce our environmental footprint.

Here are a few tips for holiday waste reduction.

The debate over buying a real or fake tree shouldn't be a question in Nova Scotia. With about 320 Christmas tree growers in the province, why pass down an opportunity to keep synthetic materials out of the landfill and support the local economy? Plus, real trees smell much nicer.

Some people may think it’s bad to cut down a live tree, and because they are using an artificial tree they are saving real ones from the axe.

The Christmas Tree Council of Nova Scotia says this isn’t the case.

Angus Bonnyman is the executive director of the group and says the trees are grown to be harvested - like a farmer would grow a crop like corn or carrots. He says if people didn't want to buy cut trees, they wouldn't grow them.

“A real Christmas tree is completely sustainable and is coming from a lot where they have been grown with that use in mind,” he says.

While trees on a farm grow to maturity, which according to Bonnyman is usually about eight years, they help clean the air by taking in carbon dioxide and releasing oxygen.

Once a holiday tree has fulfilled its purpose, it can be repurposed or recycled.

The manager of solid waste for HRM Matt Keliher says for about two weeks following Christmas, dedicated trucks will collect the trees which will be taken to a low cost processing facility and turned into mulch. After this two week period the trees will be taken away with regular collection of organic material.

You could reuse an artificial tree for decades, but someday it will get thrown away and end up in a landfill.

“The Christmas tree industry provides thousands of jobs for Nova Scotians both in the rural areas where they are being grown, harvested and shipped as well as in cities,” he says. “There are a lot of retailers who depend on selling Christmas trees this time of year as well as greenery.”

You could also try giving a living tree a try. After the holiday festivities are over, the tree can be planted outside for it to live for years to come.

Cut back on garbage and properly sort waste

The most recent data released by Statistics Canada says in 2014 the average Canadian threw away 706 kilograms (1,556 pounds) of garbage - that works out to about 1.9 kilograms (4.3 pounds) a day.

Consumer consumption increasing around the holiday season also means an increase in what is thrown away.

While Keliher says the municipality doesn’t see a huge increase in garbage or organics, it does see a spike in recyclables in December and January.

He says it’s important to know what goes where to help ensure materials collected are recycled properly.

“The most important reason is that we want to make sure our product at the recycling facility remains high quality so that we can move the material to outlets that will use it as inputs into their products,” he says.

For example while wrapping paper can be recyclable, it should only end up in the recycling bin if it is not glossy or glittery and all tape has been removed.

A lot of gift wrap doesn’t fit this criteria. Try avoiding this holiday waste contributor in general by using alternatives like a paper bag, newspaper, or a cloth bag that can be reused afterwards. Make them festive with drawings and natural add-ons like pine cones instead of ribbon.

If you are unsure about how to sort certain items, HRM has an app for that.

What Goes Where is available for free to mobile phone users from the Apple App Store or GooglePlay (search HalifaxRecycles) and a web version is also located at www.halifax.ca/whatgoeswhere.

It’s simple: plan ahead, shop smart and eat your leftovers.

A report released earlier this year by the Commission for Environmental Cooperation -- an environmental agency that was set up under the North American Free Trade Agreement -- found Canada among the worst globally in wasting food.

The agency found from farm to table, each Canadian wastes 873 pounds of food each year

An effective way to reduce your holiday food waste is to plan a menu with realistic portions and buy only what you need after digging through your pantry.

“Ultimately the wasted food generated in households doesn’t just end up costing the resident because they didn’t eat the food, but it also costs the taxpayer because we have to pay to have the excess material collected and processed,” he says.

Make sure to have spare storage containers and fridge space ready for leftovers and don’t forget to send a doggy bag home with your guests.

If you can’t face another bite of turkey or stuffing right away, slip whatever is left into the freezer to heat up later this winter.

While it might be the thought that counts, giving a gift the receiver doesn’t want is a waste of resources and money. Make sure your only giving material possessions that the recipient will use.

Before you pick anything new off the shelves, try shopping second hand. Look in antique or goodwill stores to find great deals on unusual and unique items like dishes and books.

You could also try crafting your own gifts. Homemade presents are rewarding for the giver and more meaningful for the receiver. There are plenty of ideas on the internet like how to creatively use sea glass or make living gifts like terrariums.

It’s also important to think about shopping local. As the Executive Director of the Downtown Halifax Business Commission says, it not only positively impacts your local business community but also saves the environment from emissions used in shipping.
“When shopping Downtown, locals can take public transit, bike, or walk rather than take their cars,” he says. “You don’t have to drive from store to store but can stroll leisurely while you shop and dine, or and take in the Christmas lights, decorated windows, and holiday events.”

Perhaps the best suggestion, is to give experiences rather than stuff. Try gifting tickets to a sporting event like a Mooseheads game or maybe an upcoming concert. You could also think about taking them out to one of the city’s Paint Nites or to a tasty restaurant downtown.

Take your celebrations outside

This holiday is a good time to start a tradition of connecting with the earth.

Get outside and go for a hike, make a snowman with the kids or decorate a tree with seed bells and suet to enjoy bird visitors for days to come.

Remember whatever holiday you are celebrating, it’s about the traditions and not the stuff.