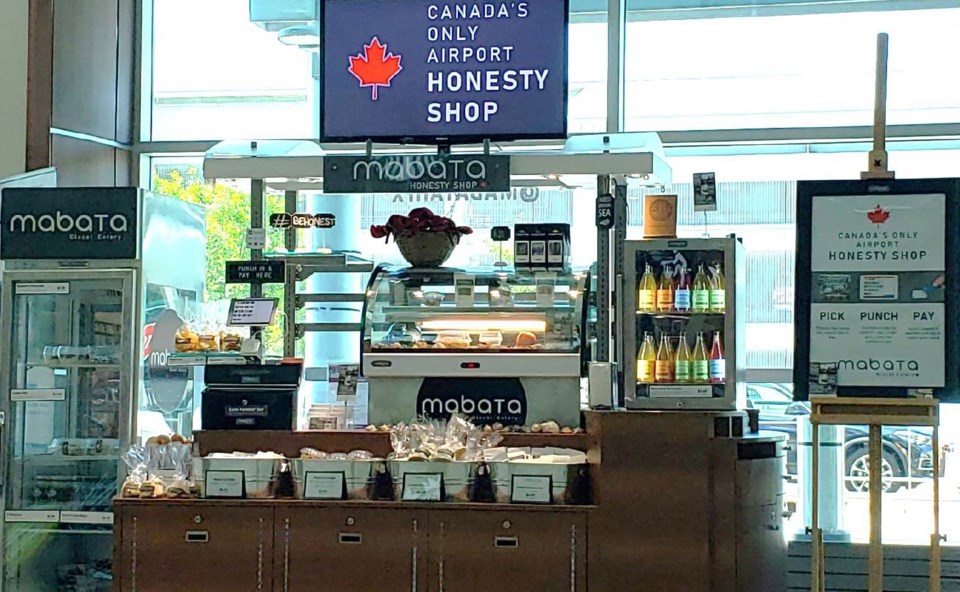 They say honest is the best policy, and one business owner is hoping that old adage is true.

The concept is similar to what you'd find on a rural road, where one might pick up vegetables or crafts after dropping money into a box.

But instead of being located at the end of a farm lane, it's in the arrivals foyer at Halifax Stanfield International Airport.

"You walk up to the kiosk, pick whatever you want, pay and leave," said Mabata's CEO Najib Faris. "It's that simple. There's nobody working there and it's an honest-based system."

"It's a new concept and definitely a daring one."

Products for sale are meant to showcase the flavours of Nova Scotia.

Customers are asked to use a touch screen to punch in their order, then they have the option to pay by credit/debit card, cash or mobile payments.

"Absolutely there is [a risk], but we have faith in people and we feel goodness is contagious," he told NEWS 95.7's The Sheldon MacLeod Show. "People do feel the urge to be honest when they're faced with a choice of doing so or not."

When asked if there's a camera or monitoring system, Faris's reply was an emphatic "no."

"It would defeat the whole purpose of honesty. Then it's a fear-driven system, not an honesty-based system."

The concept appears to be working. Five days into the entrepreneurial experiment, Faris says, so far nothing is missing and all items have been paid for.

"Some things were paid even with extra cards and little messages that were so dear to our hearts. People commenting and saying, 'This is a phenomenal concept. It's amazing. It's only in Nova Scotia or in Canada that this would work.'"

Mabata is hoping to one day expand honesty shops to other spots in HRM, including libraries, universities and hospitals.