'We are shining a spotlight on all the things Nova Scotian film crews can do,' said art director Matt Likely
0
Sep 10, 2019 1:44 PM By: Jordan Parker 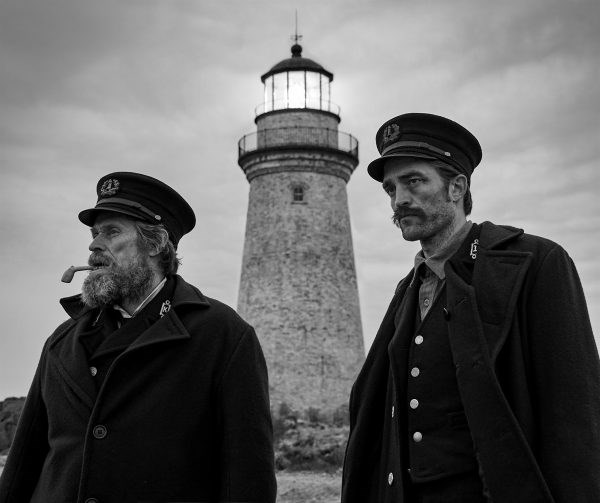 It still feels like a fever dream, but with a TIFF premiere behind him, art director Matt Likely has to come to grips with the fact film The Lighthouse is a hit.

He’s prepping for the FIN closing night screening of the Robert Pattinson-Willem Dafoe flick, shot on location in Yarmouth, N.S. He still can’t believe the film is garnering so much buzz, with a Best Film win at Cannes Festival’s Critic’s Week.

“I just still can’t believe a major Hollywood flick with these two stars and so much buzz has a mostly Nova Scotian crew,” he said. “I just want people to know that the lighthouses, the set pieces … We built it all.”

It all started when production designer Craig Lathrop talked to Likely about the film. They had worked together in New Brunswick before, and had a good working relationship.

“I was set to work with Craig to create the overall look of the movie, and help take his vision and put plans in place. I oversaw construction of the sets, props and set decoration,” he said.

He never realized that the film they discussed in November 2017 would become major director Robert Eggers’ follow-up to The Witch.

“Craig had worked with Robert on The Witch and I heard great things, so in January, we began talking more and more. They scouted Yarmouth, and found a great spot in Cape Forchu,” he said.

Likely himself has worked on Hobo With A Shotgun, Weirdos, and recent Nova Scotia television show production The Mist. But the work they did on The Lighthouse was a challenge in itself.

“We had to build this 1800’s-style lighthouse, and it was such a huge undertaking. People have this misconception we came here because of existing structures, but we built everything seen in the film,” he said.

“The only thing that already existed was the land we put all of this on. The production design is a testament to the amazing crew, most of whom are from here.”

With Dafoe, Pattinson and Eggers all on Oscar shortlists for acting and directing this year, it just adds to Likely’s pride in the film.

“For the reviews to be so unanimously positive is so exciting. The script is amazing, and it checked all the boxes as far as taste is concerned,” he said. “I figured people would love or hate it, with a square aspect ratio and it being in black-and-white. But it’s so well-praised right now.”

The Yarmouth location is a stand-in for Maine, and the gritty vibe from the trailers was exactly what Likely and the team were going for.

“It has such a grounded look to it. It’s all so realistic to the period. It works with the story, and as these characters descend into madness, it’s great to see everything so rooted in the period,” he said.

“It looks like a film that was never released, then unearthed years later, and fits in with older films of that style.”

As it hits festival shows and garners more and more praise, Likely is still pinching himself.

“We have such a great industry here, and we’ve had a tough go the last couple years. We are finally picking momentum back up, and though it didn’t start with The Lighthouse, this film has helped,” he said.

“I’m excited to see all the work we did showcased on the big screen. With all the positive things I hear, we are shining a spotlight on all the things Nova Scotian film crews can do.”

Ellen Page and Willem Dafoe to be special guests at FIN film fest
Sep 9, 2019 10:55 AM
Comments
We welcome your feedback and encourage you to share your thoughts on this story. We ask that you be respectful of others and their points of view, refrain from personal attacks and stay on topic. To learn about our commenting policies and how we moderate, please read our Community Guidelines.