Higher seawall to be built at Northwest Arm park 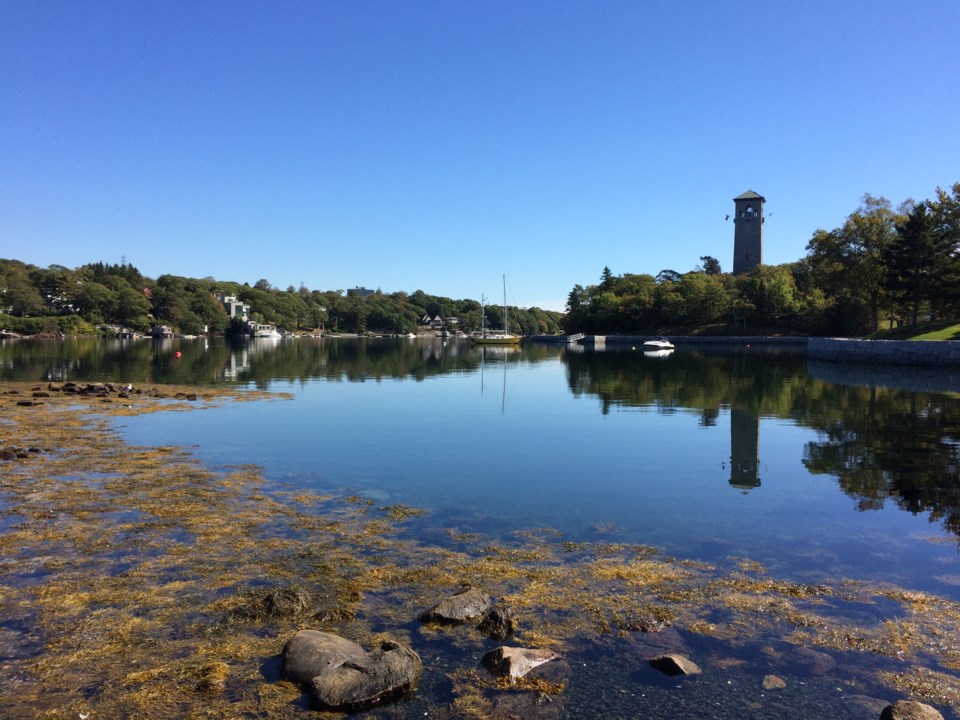 Sea level rise is already affecting some areas in HRM. This includes the seawall at Horseshoe Island Park, just off of Quinpool Road near the Armdale Rotary.

The concrete wall has been there for a number of years, and has deteriorated over time.

"When you build something like that it does naturally have maintenance," says Nancy Anningson, senior coastal adaptations coordinator at the Ecology Action Centre (EAC).

"It's absorbing pounding wave energy over time. The soil behind it takes those vibrations and erodes, and there are cracks in the concrete and so on."

When the municipality evaluated the area, Anningson says not only did they decide to repair the wall, but also to make it almost a full metre higher.

"It's good to see when the city is doing things," Anningson tells NEWS 95.7's The Todd Veinotte Show.

The city will install another concrete wall to replace the current one at Horseshoe Island Park.

But Anningson says that the EAC recommends a number of different methods for retaining land near waterways.

"There's a range, kind of a continuum of green to grey," she explains.

On the grey side are is what Anningson calls 'hard armouring.'

"This would be these concrete seawalls, people bringing in dump trucks full of giant rocks, trying to dig steel beams down into beaches and put barriers to try to stop the ocean," she says.

On the greener side are more natural materials.

But Anningson still thinks Nova Scotia is behind in knowing about these alternative methods.

"We need a wealth of information and resources for people who own coastal properties," she says. "So that they know what their options are."

"People are putting in, almost like sandboxes with vegetation on them, out from the shore as an extra layer of protection to stop the waves. There's all kinds of neat stuff going on," she adds.

The new provincial Coastal Protections Act, once passed, will deal with sea level rise and construction along the coastline.

But Anningson is concerned this will only deal with future construction, not people who are already in danger from sea level rise.

"The legislation is really about things that don't yet exist and future coastal development," she says.

She says she's already seen cases where the government doesn't provide assistance to residents who've been affected by climate change, because the same disaster is likely to happen again down the road.

"They need to be able to say, 'We know this event has happened, no we can't afford to repair the beach. Instead, here's some resources for you, here are some options that you have,'" Anningson says.

But as climate change and rising sea levels affect Nova Scotia more, there is only so much we can do.

"Sometimes we have to say I'm sorry, you can't stay here, you have to prepare to leave," she adds.

And while there are mapping tools at the Department of Fisheries and Oceans, Anningson says all we have now are estimates of sea level rise.

"It's easy to estimate that one metre rise can be expected by 2100," she says. "But these are just predictions. They could be wrong. It could be much worse."

Anningson says the Ecology Action Centre is still lobbying the federal government for a coastal protection strategy, and that anyone who has stories of how sea level rise is affecting them can email her at coastal@ecologyaction.ca.