Jacqueline Warwick, associate music professor, said there have been cliches associated with musicians for a long time, but that doesn't give them a free pass
Feb 23, 2018 8:10 AM By: Andrew Pinsent 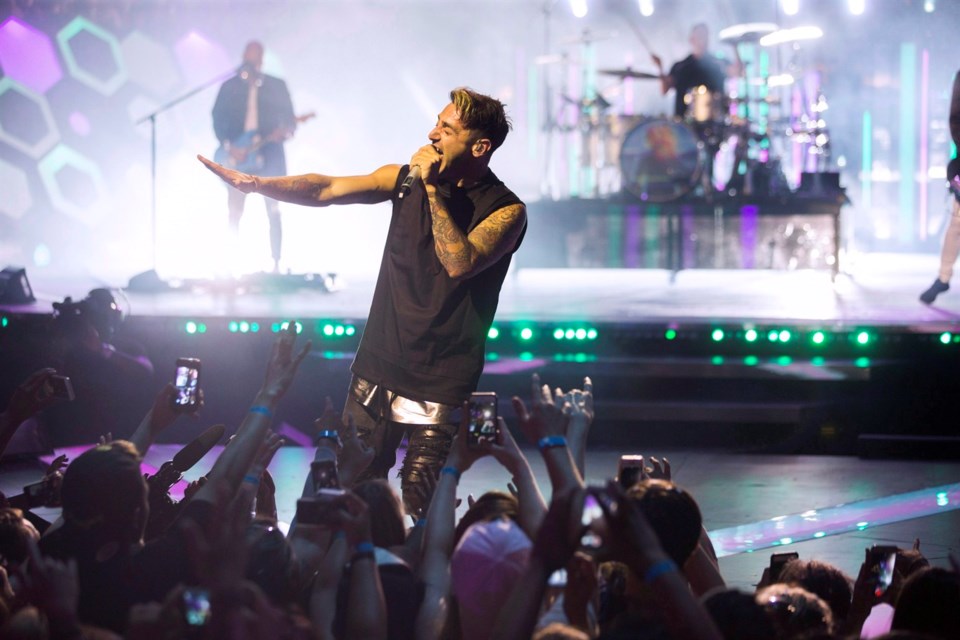 Hedley performs during the Much Music Video Awards in Toronto on Sunday, June 19, 2016. The broad backlash against pop-rockers Hedley has been swift and stunning in the wake of sexual misconduct allegations that emerged online. THE CANADIAN PRESS/Chris Young

Since the anonymous allegations surfaced on social media earlier this month, the band has been dropped from performing at the Juno Awards and lost its management group, while opening acts Shawn Hook and Halifax-based Neon Dreams have left their ongoing Cageless tour.

The recent controversy has seen mixed reaction in terms of attendance as the band rocked out to a large crowd in Ottawa on Tuesday but many pictures on social media show at Place Bell near Montreal mostly empty Wednesday night. Tickets are still available for the band's Friday show in Halifax.

Jacqueline Warwick, associate music professor at Dalhousie University, said there has long been cliches like the 'groupie' involved with musicians for decades, but that cannot be used an excuse.

"To be a performer, you have to allow yourself to be vulnerable, you have to take a lot of risks, you have to have an enormous amount of confidence to go out there and do that work everyday," she said. "But I don't want to give anyone a pass for being an artist, that doesn't mean you get to misbehave badly without impunity."

The allegations come in the midst of the #MeToo movement, a widespread outcry against the sexual harassment, misconduct and misogyny women face in many places in society.

Warwick said somewhat uniquely, the movement has not been limited to one industry or music genre.

"It's certainly not limited to rock music and although we're often tempted to look for a scapegoat, we're seeing the #MeToo movement is happening in almost every industry and there's lots of evidence of sexual abuse and harassment in plenty of fields," Warwick said. "Certainly in music, it happens in classical music and opera and all forms of popular music."

The band has since released a statement about the allegations calling them "unsubstantiated," but later ceded they had "engaged in a lifestyle that incorporated certain rock 'n' roll cliches."