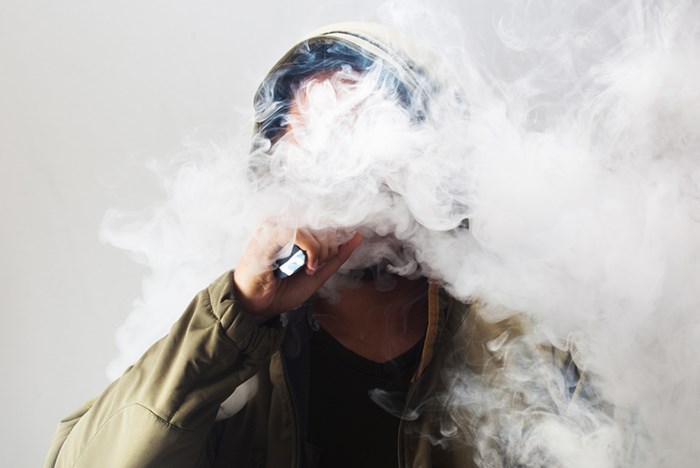 Health Canada is moving to restrict advertising on e-cigarettes in an effort to combat the rise of Canadian youth using the products.

The proposed changes, released last week, will prohibit ads for e-cigarettes from public places where young people are likely to see them, such as on billboards, public transit and malls.

Ads would also be banned at retail stores where youth are allowed, including online stores, as well as newspapers, online publications, websites, and social media.

The ban would also apply to TV and radio advertisements but only during and immediately before and after programs aimed at youth, such as cartoons.

"We strongly support the further restrictions on e-cigarette advertising. We think they can be strengthened further and we've got some recommendations on that, and important that we adopt it as soon as possible," he said in an interview with NEWS 95.7's Todd Veinotte.

Federal data from 2017 shows that nearly one in four people aged 15 to 19 in Canada have tried e-cigarettes.

Across the country, schools are struggling with how to deal with the issue of youth using e-cigarettes on in and around school property.

In the United States, the FDA have declared youth vaping an "epidemic," says Cunningham, as rates continue to skyrocket.

"We've made such progress in reducing youth smoking that we just don't need a new category of product to hook the next generation of kids, and the evidence is that it increases the risk of smoking," he said.

The popularity has largely been due to the rise of the new companies like Juul Labs, which produces e-cigarettes with stronger flavours and higher levels of nicotine that older versions of e-cigarettes.

Cunningham points out that Juul is owned by tobacco giant Phillip Morris, which has a history of targeting youth.

"The tobacco industry, we know from internal documents...has advertised to under aged kids. They're the masters of that, and they need new customers, and so there's a reason for parents and the public to be very concerned," he said.

Cunningham says he'd like to see the restrictions go farther, such as a complete ban on radio and TV ads as well as increasing the minimum age for purchasing both tobacco and e-cigarettes to 21.

He would also like to see specialty vape shops be the only place to purchase e-cigarettes. Currently, many vapes can be bought in convenience stores

"We're very concerned, and we have to do everything we can to ensure that we don't go backwards, or reverse course," he said.