After tragedy last week in Missouri, officials insist Halifax's own 'Harbour Hopper' is safe
Jul 24, 2018 8:51 AM By: HalifaxToday Staff 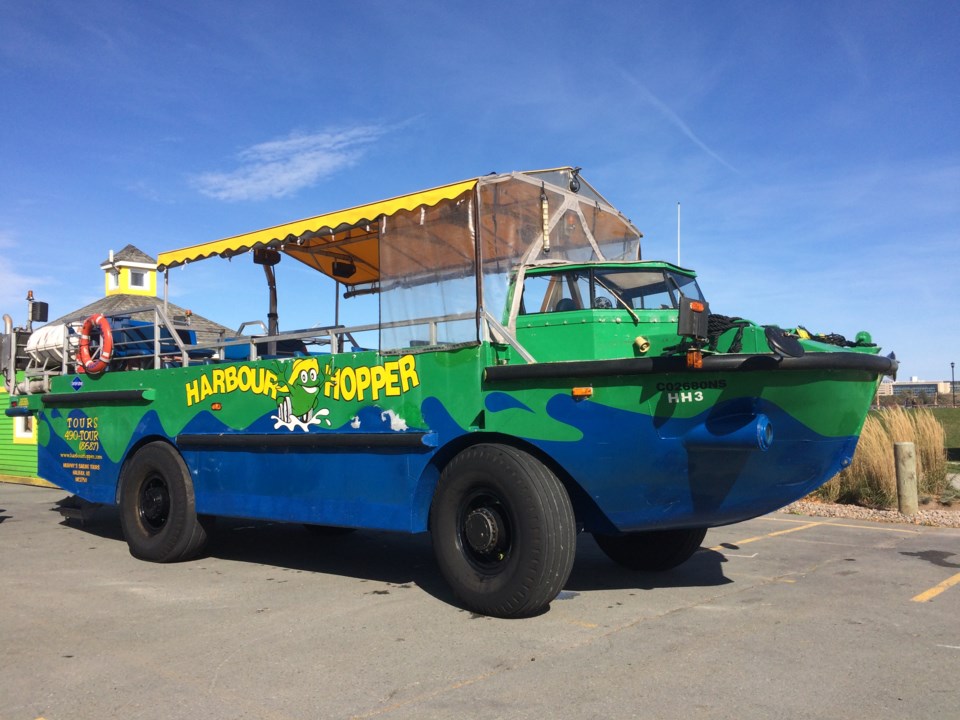 A horrific accident involving a duck boat in Missouri last week claimed the lives of 17 people but officials say any locals or tourists thinking twice about boarding Halifax's amphibious tour bus have nothing to worry about.

When watching video of the boat push its way through stormy waters, it's hard not to think of Halifax's own 'Harbour Hopper,' as both vehicles travel on land and sea carrying sight-seers.

But there are some major differences according to Dennis Campbell, CEO of Ambassatours Gray Line, the company that operates Halifax's tourism staple.

He tells News 95.7 duck boats were originally trucks made into boats while the 'Harbour Hopper' started as a boat and was "built to be a marine vessel first and foremost."

"Then they had them designed to be able to travel up out of the water up on to land."

Campbell also notes their vessels are subject to yearly, monthly and even twice-daily checks.

He added Halifax Harbour also has its own traffic control called "marine traffic" which acts as a safe guard if any unforeseen problems arise.

Wind restrictions exist as well, as the vessels aren't allowed to operate with winds higher than 22 knots per hour but Ambassatour has its own limit of 15 knots per hour.

-With files from Matthew Brand