Cassidy Megan may be a young adult, but the Halifax college student has already been an epilepsy-awareness crusader for more than a decade
0
Dec 10, 2019 2:32 PM By: Michael Lightstone 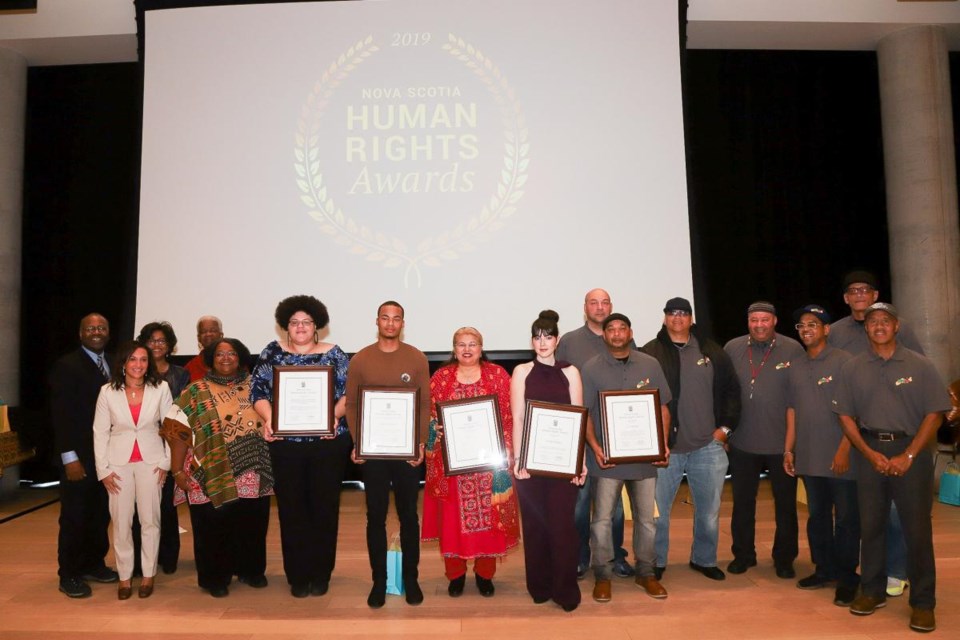 Cassidy Megan may be a young adult, but the Halifax college student has already been an epilepsy-awareness crusader for more than a decade.

The founder of Purple Day, which is marked in Nova Scotia, other provinces and globally, was nine years old when she initially got her school involved in matters related to people managing epilepsy.

Since then, Megan has visited foreign countries to speak about epilepsy and to promote Purple Day, commemorated each year on March 26.

On Tuesday, she was recognized at home for her work and commitment to the cause.

Epilepsy awareness and human rights are linked, Megan said, after being honoured at an awards presentation in Halifax on Human Rights Day, an annual happening in this country and many others.

She said people living with epilepsy, here and abroad, can be subject to misconceptions about the disorder – or outright prejudice.

“We get told that we can’t get good jobs or we can’t go to a good school, we can’t have a family some day, just because we have a health condition,” Megan told HalifaxToday.ca.

“We can do all those things,” she said.

Megan, 20, won a provincial human-rights award in the youth category. The honours are bestowed every year by the Nova Scotia Human Rights Commission.

A screen arts student at Nova Scotia Community College, Megan plans to graduate in the spring, not too long after the next Purple Day.

This year’s youth award went to her “in recognition of her extraordinary efforts” in epilepsy awareness, a news release said. Megan was diagnosed with epilepsy, a disorder of the central nervous system, at age seven.

She said a lack of general knowledge about the condition, and preconceived notions about it, can lead to bad attitudes on the part of uninformed people.

“The unknown about epilepsy scares people sometimes, and that’s why education is important,” said Megan.

More than 300,000 Canadians are living with epilepsy, according to the Epilepsy Association of Nova Scotia.

The commission’s award winners were candidates identified through a public call for nominations. Recipients are selected in three categories: youth, individual and group.

As well, an award winner is chosen to receive an honour in memory of the late Burnley (Rocky) Jones, an African-Nova Scotian lawyer and a civil rights activist who died in 2013 at age 71. The social-justice crusader, originally from Truro, was also a strong advocate for prisoners’ rights.

Dec. 10 is Human Rights Day around the world. It recognizes, on this date in 1948, the adoption of the Universal Declaration of Human Rights by the United Nations General Assembly.

“It is the most translated document in the world, available in more than 500 languages,” according to the UN’s website.

Other 2019 award recipients, announced at an event in the municipality’s Central Library, included Rana Zaman of Halifax, in the individual category.

Group awards went to 902 ManUp in Halifax and the African-Nova Scotian Decade for People of African Descent Coalition.

The Dr. Burnley Allan (Rocky) Jones Award, for community activism, was given to Trayvone Clayton of Halifax.

Race relations in Nova Scotia have been strained, at times, and the province has a history of discrimination experienced by people in Black and Indigenous communities, and others.

This year’s human-rights award ceremony followed two recent developments linked to Nova Scotia’s legacy of racism: a formal apology for now-banned police street checks, and other acts of mistreatment targeting Black citizens, and the wrap-up of the province’s public inquiry into past abuse at the Nova Scotia Home for Colored Children.

A day earlier, a final report released by the restorative inquiry that examined child abuse and neglect at the Home for Colored Children called for “human-centred care” of vulnerable people, including children and youth.

Man accused of driving over twice the speed limit in Dartmouth
Jan 24, 2020 11:42 AM
Comments
We welcome your feedback and encourage you to share your thoughts on this story. We ask that you be respectful of others and their points of view, refrain from personal attacks and stay on topic. To learn about our commenting policies and how we moderate, please read our Community Guidelines.