HaliMac Axe Throwing's Becky Arscott will be competing in the wildcard round of the tournament
0
Dec 2, 2019 1:22 PM By: Jack Parsons 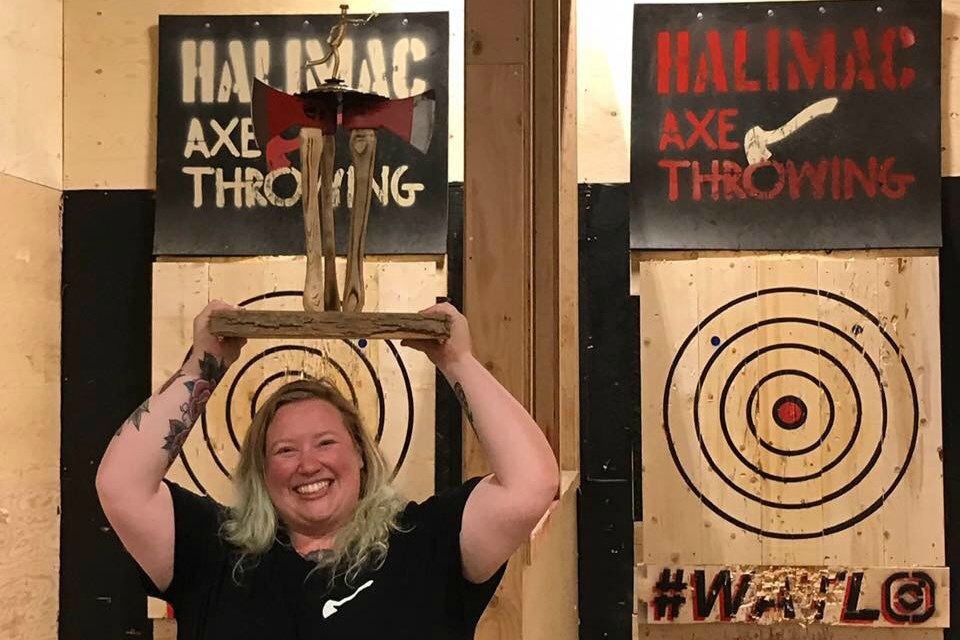 Becky Arscott has only been throwing axes competitively for 3 years, after discovering the sport while living in Ontario.

Now, the general Manager of HaliMac Axe Throwing on Brunswick St. has been selected by lottery to compete for a slot at in the World Axe Throwing Championship in Tucson, Arizona.

Arscott will be throwing in the wildcard round of the tournament, pitting her against others for one of ten remaining slots in the 64-person World Championship.

"Building the community out here on the East Coast has been really rewarding," she says. "Seeing people just get really into it and being able to represent that kind of community spirit in Arizona on behalf of Halifax and HaliMac is pretty exciting."

Arscott was able to raise money for travel and other expenses during a fundraiser Sunday.

"All of my breweries I work with were huge supporters and donated some awesome gifts for everybody, and we just had a great time, a lot of laughs, and a good afternoon," she tells HalifaxToday.ca.

Arscott says HaliMac is run on the principle that "accessibility is power," meaning that axe-throwing is open to anyone, regardless of race, gender, ability, or orientation. In this sport, she says she has thrown with all kinds.

"Everybody is welcome. There's guys in Philly that throw in a wheelchair, I used to throw with an amputee in Niagara Falls," Arscott explains. "There's all kinds of people, all walks of life. This sport is for everybody."

She adds, unlike most sports, competitors often support each other.

"You're playing somebody and you're cheering them on," she says. "This community is really great that way."

The wildcard portion of the tournament will take place on December 6th. If Arscott qualifies, she will join the other 64 competitors for the main double-elimination tournament on December 7th.