This will be the first time the games will be hosted in Atlantic Canada and will be the largest multi-sporting event to be held in Nova Scotia
May 3, 2018 6:23 PM By: HalifaxToday Staff 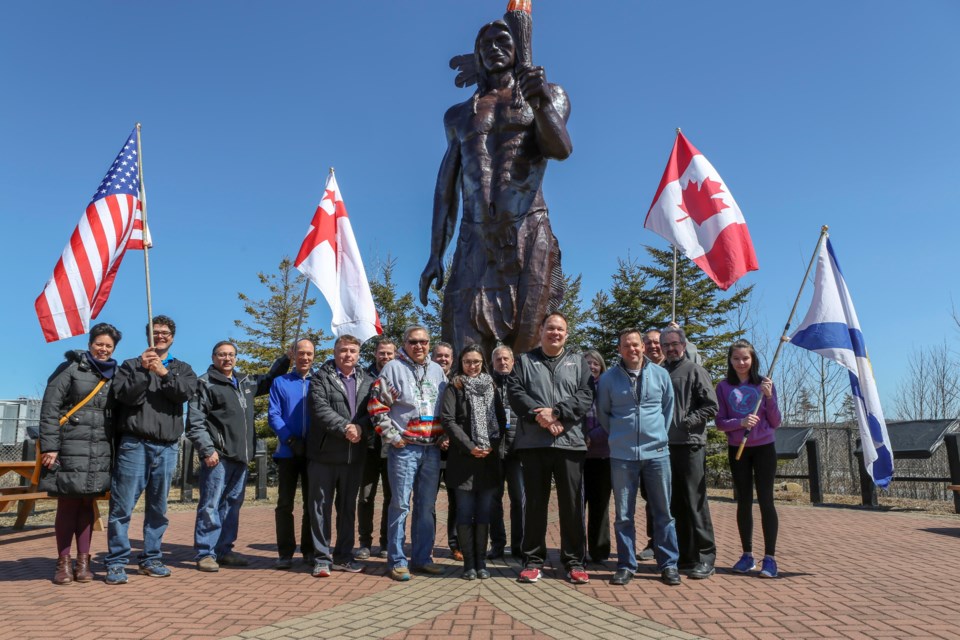 Halifax (K'jipuktuk) has been chosen to host the 2020 North American Indigenous Games (NAIG), which will be the largest multi-sporting event to be held in Nova Scotia. This also marks the first time the games will be hosted in Atlantic Canada.

Premier Stephen McNeil extended congratulations, on behalf of all Nova Scotians, to the Mi'kmaq Sport Council of Nova Scotia on their winning bid.

"This is a very proud moment for the Mi'kmaq Sport Council, our Mi'kmaw communities and all Nova Scotians," said Premier McNeil, who is also Minister of Aboriginal Affairs. "The games will be an exciting opportunity to showcase our province and celebrate Mi'kmaw culture and heritage as we cheer on the athletes."

The decision was announced today, May 3, in Montreal. Halifax won over competing bids from Ottawa and Victoria.

"We are honoured the North American Indigenous Games Council has selected Nova Scotia to host the 2020 games and look forward to welcoming the participants," said Norman Bernard, chief of Wagmatcook and president of Mi'kmaq Sport Council. "I am confident the games will provide opportunities for all Nova Scotians to learn more about the contributions of our Mi'kmaw and Indigenous culture across the province and North America."

The Government of Nova Scotia has committed $3.5 million to support the games. The event will take place over eight days, which will include more than 5,000 Indigenous participants from over 756 nations in 15 sporting events.  Events will be held at various locations in Halifax Regional Municipality and in Millbrook.

"I am so excited about Halifax hosting NAIG in 2020, sharing our Mi'kmaw culture with athletes from across North America," said Mattea Bernard, an athlete from Millbrook. "I hope I will get the chance to compete during the games and this news will provide the motivation I need to get there."

"It is an honour for Halifax to help make the 2020 NAIG the biggest sporting event our municipality has ever experienced," said Halifax Mayor Mike Savage. "Hosting NAIG will showcase Mi'kmaw culture and strengthen our understanding of the vibrant Indigenous cultures across North America, while offering excellent sports entertainment and bringing significant economic activity to the region."

The 2017 North American Indigenous Games were hosted in Toronto.