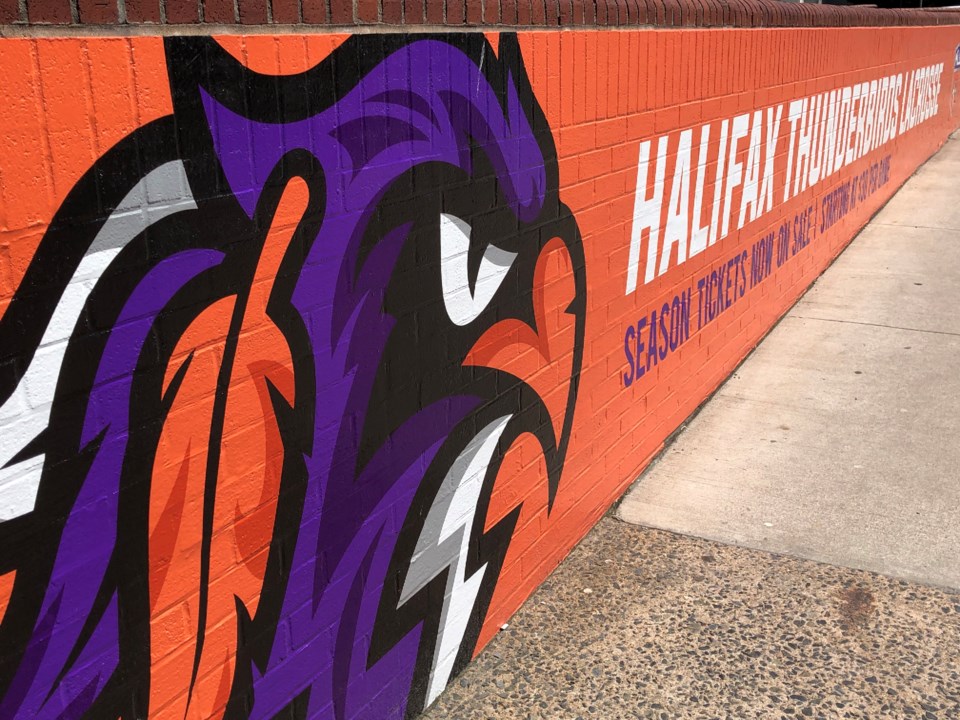 The lacrosse team was first announced back in February, has since spent its time spreading the word to build a fanbase in Halifax.

"Growing the game of lacrosse is one of our biggest things that we’re trying to do here," says Dana Jackson, spokesperson for the franchise. "Earlier today we were at a school, we have a school program called ‘Sticks For Kids,’ just trying to grow the game of lacrosse, and some of these kids have never picked up a lacrosse stick before."

“By the end of the class they couldn’t wait to come to the game Saturday.”

Efforts to create fans and get people interested in the sport are well underway, culminating in what will hopefully be a good turnout for the new team.

The Thunderbirds have been training extensively in preparation for their first game. Several of the players are veterans of the sport and of the league, so they already know what to expect.

Defenseman Luc Magnon has been playing in the NLL for five years and is excited to be building a team from scratch.

“I’m from a small town in Manitoba which isn’t a lacrosse bed, similar to Halifax. So I can only picture my young self, how it would feel to have a professional team," Magnon tells HalifaxToday.ca. "So being able to give back and to grow the game out here in Nova Scotia, it’s pretty cool."

Not only does the roster feature experienced members of the league, it also comes with a head coach who is a seasoned veteran of the sport.

Mike Accursi has a total of 18 years of professional lacrosse experience. He served as an assistant coach to the former Rochester Knighthawks before moving with the franchise to Halifax and taking on the role of head coach. He says the team is ready for their first game.

“We’ve got a really good, young, talented group of guys that are going to go out there and push the pace. We’ve got a few veterans that have come back that are able to put the ball in the net, so I think it’s going to be a high-paced game,” says Accursi.

With their first game right around the corner, fans of the sport in Halifax can only hope that the Thunderbirds start their season off right.

The team faces off against the New York Riptide on December 7th at the Scotiabank Centre. It is scheduled to begin at 7 p.m.