Gerald Stanley, 56, was found not guilty of murder in the shooting death of Colton Boushie in Saskatchewan
Feb 10, 2018 10:12 AM By: Andrew Pinsent 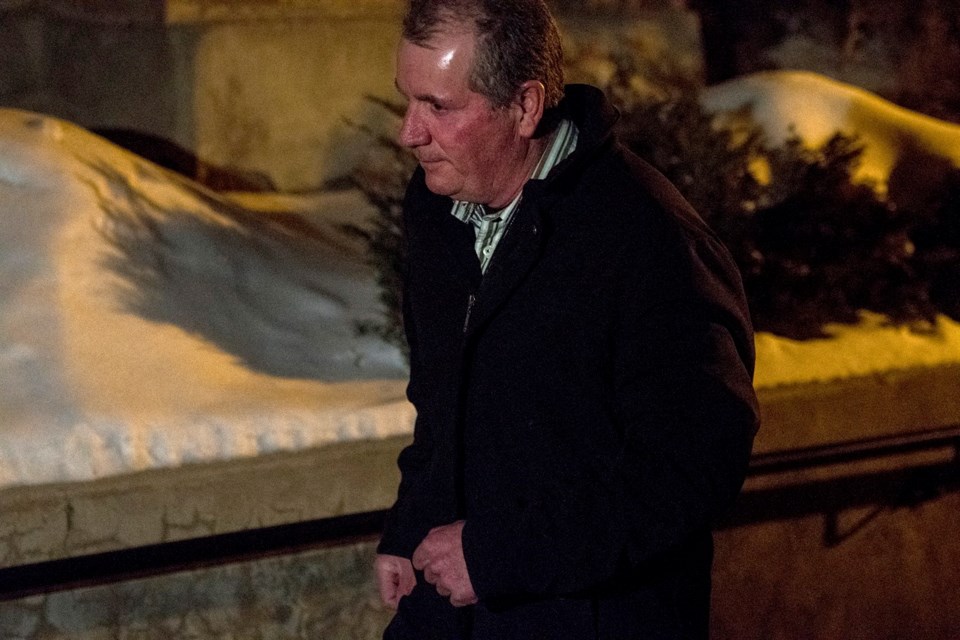 Gerald Stanley leaves the Court of Queen's Bench out a back door with members of the RCMP after a jury delivered a verdict of not guilty of killing 22-year-old Indigenous man Colten Boushie, in Battleford, Sask., Friday, February 9, 2018. THE CANADIAN PRESS/Liam Richards

HALIFAX - A rally is planned in Halifax Saturday evening calling for justice in the case of Colten Boushie, a young Indigenous man shot to death on a Saskatchewan farm in 2016.

Gerald Stanley, 56, was found not guilty of second-degree murder on Friday in the death of the 22-year-old resident of Red Pheasant First Nation.

A jury in Battleford, Sask., deliberated for 13 hours before it reached a verdict, one that’s drawn considerable outrage from First Nations groups across the country.

The Indigenous Joint Action Coalition has called for a day of action Saturday to show solidarity and support for the Boushie family, with a rally planned for Halifax outside the courthouse on Spring Garden Road at 6 p.m.

The jury heard during the trial that Boushie was shot in the head by Stanley while he was inside an SUV that he and a group had driven on to Stanley's farm.

The group had been drinking and tried to break into a nearby truck but went to Stanley's farm looking for help with a flat tire.

"Colten Boushie was shot in the back of the head at point blank range, he said. “Nevertheless an all white jury formed the twisted view of that obvious truth and found Stanley not guilty."

Perry Bellegarde, national chief of the Assembly of First Nations, took to Twitter to express his belief that justice was not served in the case.

Justice was not found in the Court of Queen's Bench in North Battleford today. We will never give up on justice for First Nations in Saskatchewan or anywhere else in Canada. Our Treaties are about maintaining peace and justice between Nations.#ColtenBoushie

Thank you PM @JustinTrudeau. My thoughts are with the family of Colton Boushie tonight. I truly feel your pain and I hear all of your voices. As a country we can and must do better - I am committed to working everyday to ensure justice for all Canadians. https://t.co/HvjV0bofrQ

Devastating news tonight for the family & friends of #ColtenBoushie. My thoughts & prayers are with you in your time of grief & pain. We all have more to do to improve justice & fairness for Indigenous Canadians.

Just spoke with @Puglaas. I can't imagine the grief and sorrow the Boushie family is feeling tonight. Sending love to them from the US.

Boushie's family say they plan to fight for an appeal in the case.

-With files from the Canadian Press