Chase Tang is seen alongside the likes of Alec Baldwin, Joaquin Phoenix and Susan Sarandon
Nov 4, 2019 12:38 PM By: Jenna Conter 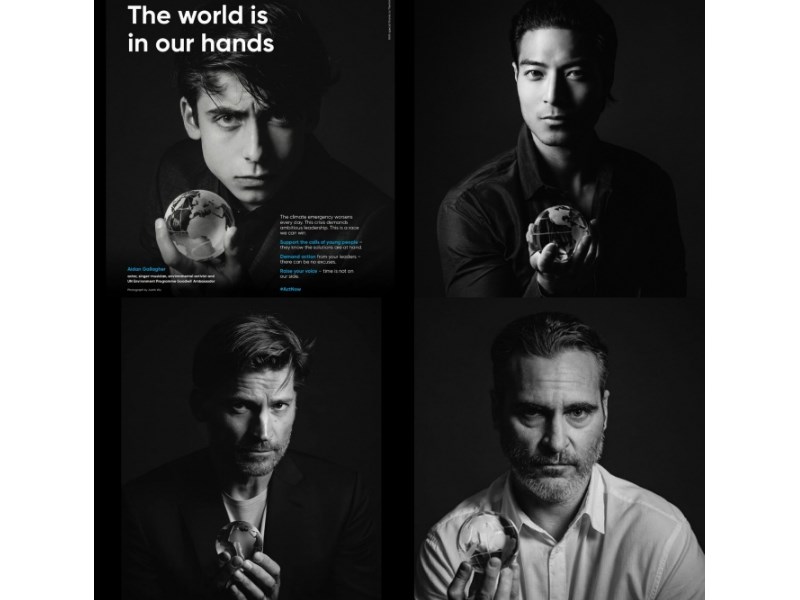 Up-and-coming Halifax-raised actor, Chase Tang, has been getting a lot of press as of late. Sure, he landed a big break as a villain on Netflix's Jupiter's Legacy, starring Josh Duhamel, but that's not important right now.

His truly Canadian modesty shines through when he speaks about lending his strengthening celebrity voice and his face to the latest campaign for climate change awareness, The World is in our Hands.

"Anybody would be grateful to have their photo next to the household names of entertainment, people who are among the best in the industry."

Tang's face is seen alongside the likes of Alec Baldwin, Joaquin Phoenix and Susan Sarandon for what has become less a chance at self-promotion, but more so a labour of love for the actor.

"As an actor, [being part of this campaign] is a massive bonus, but it's really important for me to be part of something like this, that has the chance to do so much good, and use my platform to help the environment and improve our planet."

The campaign, an impressive result of merely a month of hard work, is the brainchild of acclaimed photographer, Justin Wu.

The #ActNow social media campaign is geared to raise awareness and hopes to be a global call to action, encouraging individuals to make small changes in their habits and routines to help off-set the concern and prevalence of global warming. A generational concern not just today but, as Justin says, a global concern for all generations to follow.

With a foot in the door of Hollywood and those who have the loudest, most recognizable voices, Justin looked to use his platform for global good.

A Toronto-born, proud Canadian who has had many opportunities to travel and see the world, he wanted to do his part to help focus - literally - on our global climate change concerns.

"It's simply a social media awareness campaign to educate the public on how they can take simple actions to curb climate change," says Wu.

Teaming up with the UN Environment Program as part of the Toronto International Film Festival, Justin and The Krim Group - a social impact consulting company led by Todd Krim - set out on an admitted "test run" of the would-be reaction to a campaign of this level, notoriety and celebrity presence.

The reception, Justin says, has been incredible. "We want to see this campaign turn into the non-profit, communication tool for all goodwill companies and organizations."

This lofty dream has already started to become a reality.

"[Myself and Todd] came up with the structure as the visual, but want to grow it further in terms of using the power of public voices to promote and pledge an action and challenge the public to make changes and help the planet."

Wanting to use veteran actors was merely a start as Justin looked to promote, "a collection of diverse backgrounds, nationalities, ethnicities, and that's when Chase came in."

Though thankful for the chance to be part of this campaign merely in its infancy, Chase and Justin both look further into the future to see the true potential of this initiative.

Celebrity "role models" of both Hollywood royalty and those who have just started to make a name for themselves, are a small piece of the plan. Heads of State and CEOs of major companies have already started to call and make their interest known; a very exciting next step for Justin and this campaign.

"Our aim and ambition is to take this movement across all sectors - well beyond entertainment - and into politics and government," says Justin. "This is just our starting point."