'We’ve all experienced the uprise of cyber bullying, hate talk, [and] negative responses to our internet presence,' Susan Litke said. 'It’s just a continuation of the flow of homophobia and transphobia...that exists in our society.'
0
Jul 26, 2019 3:38 PM By: Nicole Bayes-Fleming 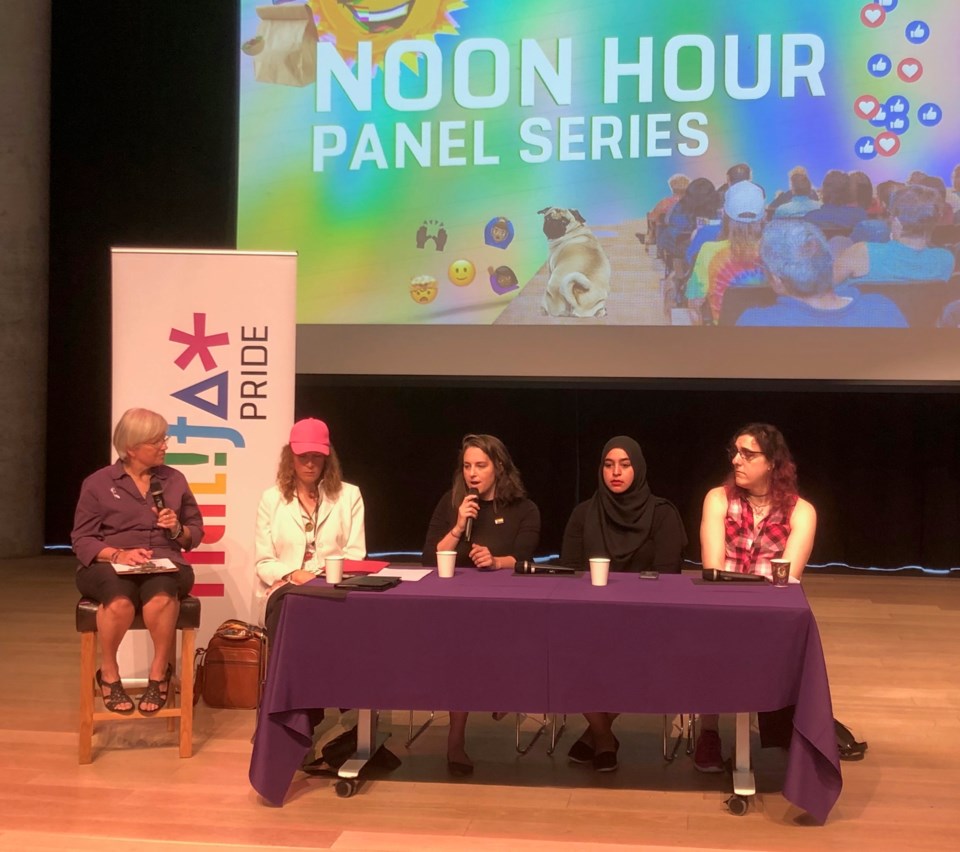 As the influence of the internet and social media continues to grow, members of the LGBTQ+ community and their allies are reckoning with how to reduce harm that happens online while continuing to foster community.

Speaking ahead of the event, Litke said online attacks continue today as a modern version of hateful slurs and discrimation that have already been practised in our society for decades.

“We’ve all experienced the uprise of cyber bullying, hate talk, [and] negative responses to our internet presence,” Litke said. “It’s just a continuation of the flow of homophobia and transphobia...that exists in our society.”

She said part of the motivation behind planning the panel was to teach people how to stay safe online, and take care of themselves when faced with an attack.

O’Neil, also a member of the NSRAP, emphasised that the inescapable nature of cyber violence makes it more than just name-calling on the internet.

“There’s this misnomer that cyber violence—these are just words, these are just things people say and they’re mean, just don’t read the comments,” O’Neil said. “It can be a lot more pervasive than that...imagine if you’re in a room and someone is yelling slurs or insults at you, so you can move to the next room...and then you move to another room and they find you, and they do it again.”

It’s a scenario Masuma Khan knows all too well. After her comments about white fragility at Dalhousie University sparked outrage and made her the centre of news stories, Khan said she has not gone a day without cyber violence for the past two years.

“In my experience, cyber violence is the type of violence that can swallow your soul. It can leave you in a place of intense darkness and hopelessness, because you have no control over anything that happens to you,” she said.

The online attacks resulted in physical intimidation, as people found out where she worked, followed her home, and in some cases took videos of her.

All on the panel agreed that part of the difficulty in tackling cyber violence is how subtle it can be.

Davis, the communication lead at Halifax Pride responsible for moderating social media comments, said people will often bait members of the queer community under the pretense of having an open discussion.

“They act as if the Halifax Pride Parade is a forum for their discussion, and then use their discussion to hide their hate, the bigotry,” she said. “I’ve done this so long that you see that first comment...and I know that that comment in itself isn’t problematic, but I know what conversation you’re trying to spark.”

“If someone says something outwardly bigoted, do not be afraid to clamp down on it,” she said. “There’s this idea that, ‘We want our forum to be an open exchange of ideas, or we want free speech,’...The only way you can have a tolerant society, a tolerant setting a tolerant space, is to be intolerant of the intolerant.”

Ells, a social worker, advises those who find themselves on the receiving end of cyber violence to reach out to those they trust and recognize that they don’t have to face it alone.

“Talk with yourself gently, see if you can step back, find someone you can talk with who you trust, and discuss it with them,” Ells said.

Ultimately, Davis said supporting one another and holding attackers accountable is necessary to enhance online safety.

“As much as the internet can be this great place to create community and connect with one another, it can be very isolating, because at the end of the day you are one person looking at your phone or your computer screen,” Davis said. “I really hope that people can come and share in the idea that we’re all facing this new troubling form of bullying together.”