Leon Anthony Adams died from a gunshot wound in May 2005 at his residence on Lady Hammond Road
May 22, 2020 1:08 PM By: HalifaxToday Staff 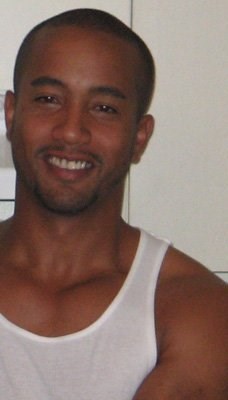 A photo of Leon Anthony Adams provided by HRP.

Police continue to investigate the murder of Leon Anthony Adams

Today marks the 15-year anniversary of the murder of Leon Anthony Adams and homicide investigators in the Special Investigation Section of the Integrated Criminal Investigation Division continue to investigate the case.

At 4:20 a.m. on May 22, 2005, police responded to a report of an injured person in a residence at 6025 Lady Hammond Road in Halifax. Upon arrival, they discovered Leon lying in a hallway suffering from a gunshot wound. He was transported to hospital by ambulance where he was pronounced deceased.

The investigation has revealed that Leon had been home earlier in the evening on May 21, 2005. It’s believed that he left the residence for a brief period sometime after midnight before returning to his home, where he was shot.

Investigators believe that there are people who have information that could help solve his murder. We hope that the passage of time will encourage them to do the right thing and come forward with what they know. It is never too late to come forward and the smallest piece of information may be just what is needed to progress the investigation.

Investigators ask anyone with information about Leon’s murder to contact police at 902-490-5016. Anonymous tips can be sent to Crime Stoppers by calling toll-free 1-800-222-TIPS (8477), submitting a secure web tip at www.crimestoppers.ns.ca or texting a tip using the P3 Tips App.

Leon’s case is part of the Nova Scotia Department of Justice Rewards for Major Unsolved Crimes Program which offers cash rewards of up to $150,000 for information leading to the arrest and conviction of person(s) responsible for specified major unsolved crimes. Callers must contact the Rewards Program at 1-888-710-9090, must provide their name and contact information, and may be called to testify in court. All calls will be recorded. The amount of the award will be based on the investigative value of the information provided.