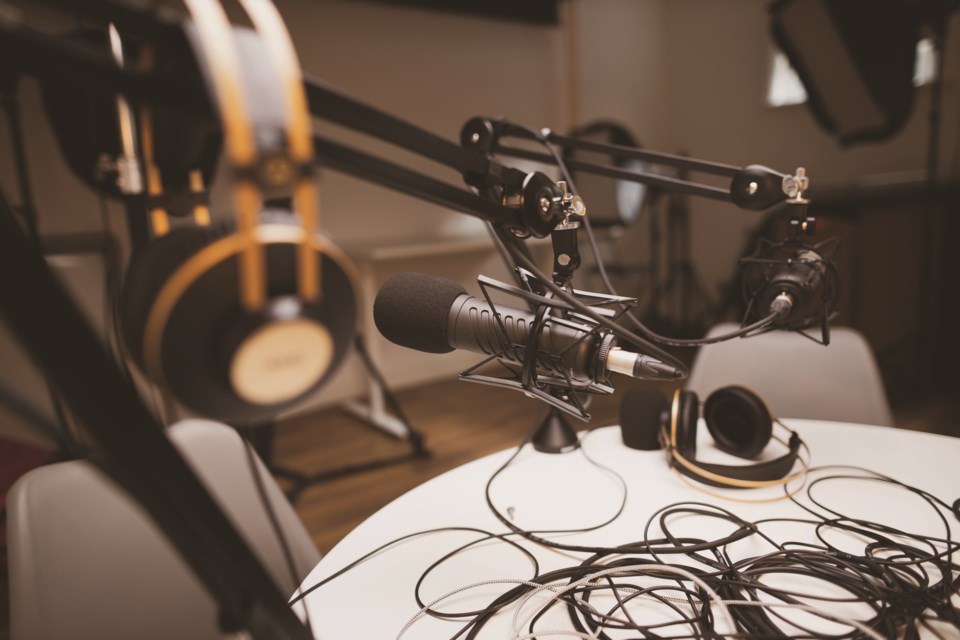 As podcasting increases in popularity across Canada, a Halifax startup is helping others create and polish their own podcasts.

In May 2019, Haligonians Jonathan Burns and Rhys Waters created Podstarter — a podcast creation company focusing on the production, design and distribution of podcasts for others.

“The reason we went all in with podcasting was because it’s really growing as a platform,” Waters told NEWS 95.7’s The Rick Howe Show. “So, much like you have social media platforms that grow and shrink, podcasting — as a way that people like to share stories and information — has really started to pick up pace in the last, specifically in the last, five years. Really, it’s been around much longer than that.”

The podcasting industry has been steadily growing over the last decade, but mostly in countries such as the United States and the United Kingdom.

Edison Research and Triton Digital’s The Infinite Dial report shows that in 2010, 13 per cent of Americans over the age of 18 listened to a podcast in the last month; that number increased to 37 per cent in 2020.

Over the years, numerous podcasts have been created out of Halifax.

Locally produced podcasts include shows such as Sickboy which focuses on breaking down the stigma associated with illness and disease; InTalksicated, an uncensored comedy talk show where people bond over topics while drinking alcohol; and Nighttime, an audio documentary series that explores Canadian true crime.

Many people will create podcasts from out of their own homes after learning how to use the proper equipment. Other times, organizations and businesses may consider launching a podcast but want a polished product.

“What we really kind of saw was that we could coach people through that,” Waters said. “We could help them develop a show, run the show for them or with them and make sure that that first episode they released was very polished or well-thought through.

“It’s kind of grown from there, really, where people come to us saying, ‘We think we want a podcast, but we don’t quite know what it might look like and if we should actually do one or not.’”

Waters has been involved in podcasting since 2014. Back in the United Kingdom, he produced and co-created a BBC Radio comedy podcast called The Unexplainers.

In 2020, he co-created and launched Canadian Politics is Boring — a comedy podcast focusing on the “fiery rollercoaster” of Canadian politics.

“That doesn’t resemble the vast majority of podcasters,” he said.

Most podcasters who monetize their podcast are only able to cover their expenses. However, it often depends on how podcasters monetize their show — whether it's through donations, merchandise or live in-person shows — and if they cover a niche topic.

Waters said those who want to start a podcast should find a specific niche and audience. He said niche podcasts that cater to specific audiences are the ones that will see the most growth.

Podstarter helps people or organizations face these issues by assisting in podcast creation in three stages: pre-production, production and distribution.

In the first stage, Podstarter helps with tasks such as podcast ideation, branding and technical training. The second stage focuses on recording sessions, podcast editing and general podcast tips. The final stage helps with distributing the podcast, setting up analytics and creating podcast edits for social media.

Podstarter also has its own podcast that features other podcasters and their experiences on branding, hosting with other creators and starting a podcast during a pandemic.

Since podcasting is an industry that can be done almost entirely virtually, Walters said the COVID-19 pandemic hasn’t hugely impacted Podstarter.

In fact, several of Podstarter's clients are based in larger cities such as Toronto, New York and London.

“We’ve been quite lucky during the pandemic that we could adjust to being a remote recording setup,” he said. “So, we created these podcast kits in hard cases that we could sanitize [and] drop off at doorsteps so we could still get good quality recording with people.

“We weren’t too impacted by COVID luckily, and we were able to continue operating.”

With Podstarter being just under two-years-old, Waters said it was easy to be agile and change practices.

He also said general enthusiasm for the industry and the popularity of podcasting have helped drive the company.

“It’s always scary when you have an idea and it doesn’t exist yet,” he said. “But we seem to have found a real demand for the services we’re offering and we’re just trying to make sure that we refine it.”