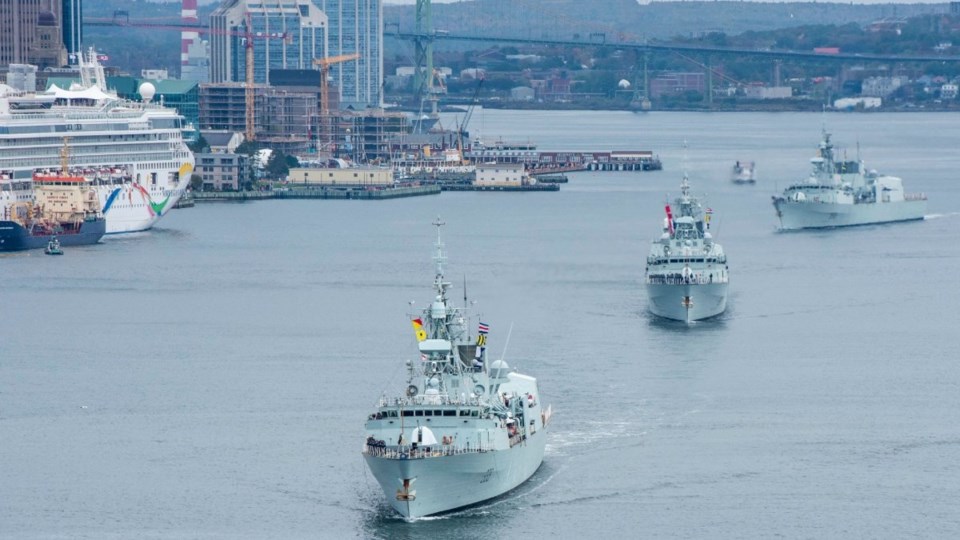 UPDATE: Maritime Forces Atlantic says, due to Dorian, all CUTLASS FURY ships will depart Halifax Friday afternoon to reduce the risk of damage to equipment. This means ships tours Friday and Saturday have been cancelled and events at HMC Dockyard will not be going ahead. HMCS Scotian will be open to the public Friday afternoon. A decision on Monday's sail past will be made later this weekend.

Ships and sailors from 8 NATO nations will be coming to the city for Halifax NATO Warship Visit 2019.

The harbour is expected to be hopping from September 6 to 9 with 11 visiting ships and over 2,500 international sailors.

Ships are scheduled to open to visitors from 1 p.m. to 4 p.m. on Friday and Saturday. There will be free parking at HMC Dockyard and Canadian ID is required for entry.

Ships will depart on Monday to participate in CUTLASS FURY, a medium-scale international exercise which takes place in the waters and skies off Nova Scotia and Newfoundland from September 9 to 20.

As they depart, they will conduct a sail past, lead by HMCS Ville de Québec, from the Bedford Basin and along the Halifax waterfront.

The event starts at 1 p.m. Monday and, if the weather cooperates, it is expected to include RCAF aircraft flying over the area.

Good morning, Halifax!
Apr 3, 2020 5:00 AM
Comments
We welcome your feedback and encourage you to share your thoughts on this story. We ask that you be respectful of others and their points of view, refrain from personal attacks and stay on topic. To learn about our commenting policies and how we moderate, please read our Community Guidelines.