Some people are crossing Highway 101 to get to areas in Lower Sackville such as the Sackville Terminal and Downsview Plaza
Apr 17, 2021 4:25 PM By: Chris Stoodley 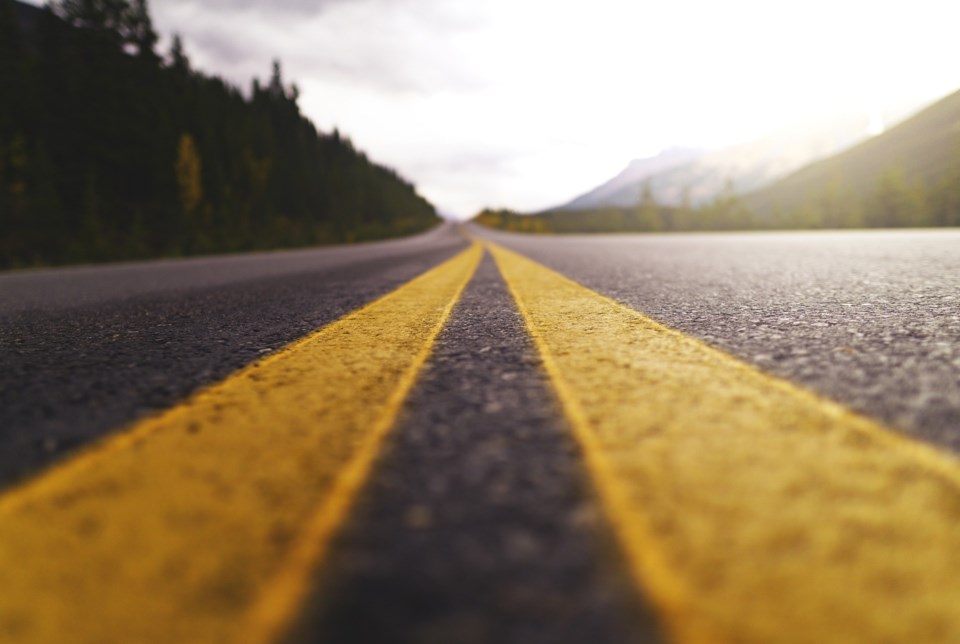 Houses along Walkers Service Road and the Sackville Manor Mobile Home Park, home to around 775 people, is divided from the rest of Lower Sackville by Highway 101.

For years, many have been crossing the highway near the exit 2 off-ramp as a shortcut to get to areas in Lower Sackville such as the Sackville Terminal and Downsview Plaza.

“People go to work and they go to school and that’s how they get to where they’re going,” Paul Russell, the councillor for the area, said. “And the alternative is to go down the Walkers Service Road and back up the Old Sackville Road. By crossing on the highway, it makes it easier and it’s really dangerous."

According to Russell, two people have died over the past 10 years while trying to cross the highway.

“We don’t know the numbers, and it’s difficult to get the numbers without someone being there to count them,” he told NEWS 95.7's The Rick Howe Show. “But people cross it regularly.”

Russell said this particular section is dangerous because it’s the end of Beaver Bank Road — a road that sees 10,000 to 15,000 cars every day.

“A huge volume of traffic is coming through here, and it’s — again — convenient for people to make use of that exit,” he said. “So, we need to do this to make it safer.”

Transportation planners have created three options for pedestrian bridges all of which would be accessible for people in wheelchairs or pushing strollers.

On top of the bridges, multi-use pathways would be created. The first two options have the same crossing point, but all three options have different end points. 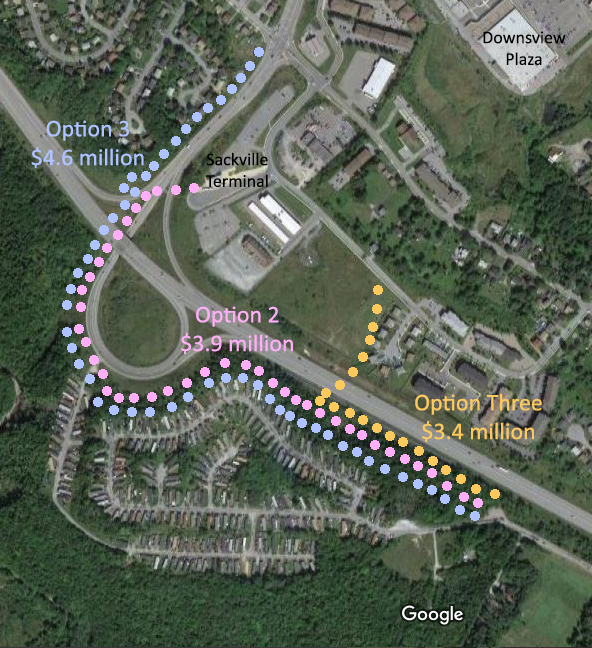 “I’ve taken all three of those options down to the community and have asked basically everybody there,” Russell said. “And everybody that I’ve spoke to said they prefer the option where they’re still walking around the on-ramp and then going over directly to the Sackville Bus Terminal.”

“It is the one where they are still doing what they are currently doing,” he said. “We just make it a lot safer by taking that one leg, where they’re crossing the three lanes of on-ramp and off-ramp, and instead of crossing them, they go over them with the pedestrian bridge.”

Since the options are within a similar range of cost, Russell said that factor doesn’t make much difference.

Instead, he said he decided on an option based on what’s safe and what people would use.

“The worst-case scenario is for us to spend three-and-a-half to four-and-a-half million dollars and build a thing and nobody uses it because they still do what they are currently doing,” he said. “So, I’d rather have the thing in place that everybody is currently using. And it’s the shortest route.

“It makes the most sense to me.”

However, Russell said the provincial government won’t fund the project.

“Since they’ve said that over and over again, let’s not ask them again. Let’s go ahead and build it,” he said. “One of the other worst-case scenarios is that this doesn’t move ahead because there’s no provincial funding. I’d rather us bite the bullet and move ahead and fund it completely.”

Russell said the Transportation Standing Committee has seen the need and been supportive, especially since pedestrian crossings have worked in areas such as Highfield Park and Main Street in Dartmouth.

This year, there’s not enough in the municipality’s budget to continue evaluations, so the motion asks for the evaluation to continue in the 2022/2023 fiscal year.