They will have increased cleaning regimens and be following all public health and safety guidelines to make theatres safe
Jun 30, 2020 11:16 AM By: Jordan Parker 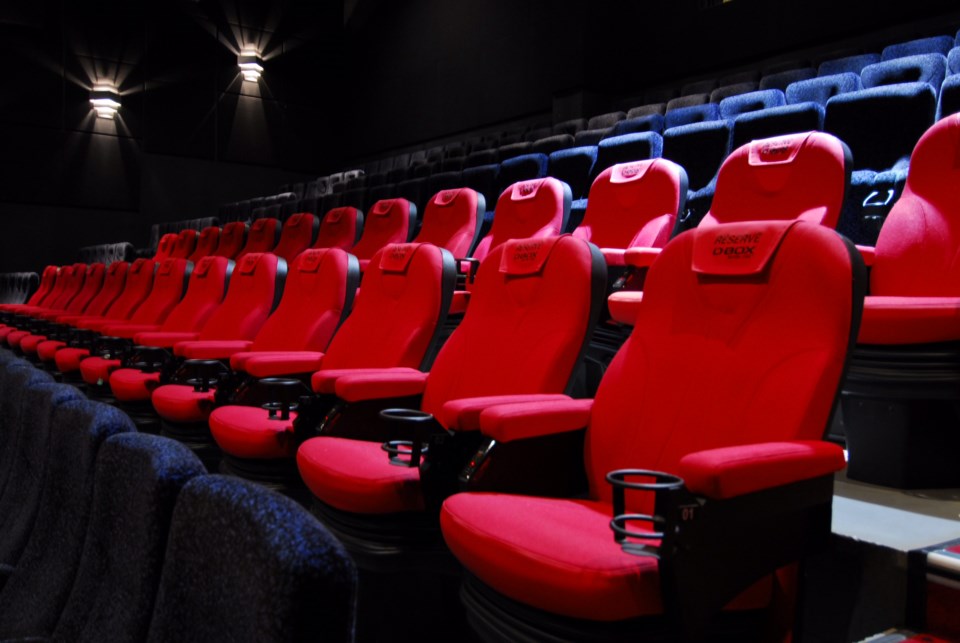 The projectors will roll again on July 3 for moviegoers in Atlantic Canada.

However, they will have increased cleaning regimens and be following all public health and safety guidelines to make theatres safe during COVID-19.

“We opened six theatres last week in Alberta, and we’re looking forward to Atlantic locations and additional ones in other provinces on Friday,” said Cineplex spokesperson Sarah Van Lange.

“Right now we are following all government guidelines to the letter, and we take the health and safety of our guests and employees very seriously. We are mindful of all the things we need to do.”

In all markets, they are paying attention to government and health guidelines, and have systems in place to keep their staff safe.

“When people are in our auditoriums and staff are at work, we don’t want them to worry. We want patrons to enjoy their much-deserved entertainment,” said Van Lange.

Through the pandemic, Van Lange says management stayed on, but they had to make the difficult decision to part ways with part-time staff.

“We are now in the process of re-calling and retraining these staff. We are investing time in retraining. The day the doors closed more than three months ago, we began prepping to reopen,” she said.

“We’ve gone through all the buildings, processes and touchpoints between our team and guests and our team and themselves.”

“The seats are going to be cleaned after every showtime with hospital-grade cleaner. We have reduced our capacity based on province and theatre by as much as 60 to 80 per cent to allow for physical distancing,” she said.

“We’re asking patrons to show up 15 minutes prior to the new, staggered showtimes so we can manage the flow in our lobby. Atlantic Canadians will also have reserved seating, and people can know exactly where they’ll sit and that they’ll have physical distancing before they step foot in the theatre.”

Titles coming to Halifax theatres include popular new releases that had their theatrical runs curtailed by COVID-19.

Vin Diesel actioner Bloodshot, horror tilt The Invisible Man, Sonic the Hedgehog, Birds of Prey and more will be on the list.

“We want people to catch films they may have missed recently. We have entertainment available people can be happy to see in theatres,” she said.

The price-point is $5 for any film, at any showtime, for any experience, and $2.99 on Tuesdays.

While the first tentpoles, including Christopher Nolan’s Tenet and Disney’s Mulan live-action remake, won’t be in theatres until August, films like Russell Crowe thriller Unhinged are still slated for late July debuts.

“We have a few new films coming in July, and we know there’s a demand for movies. We are excited to be back to doing what we do best,” said Van Lange.

Bayers Lake Cinema will also be hosting Quentin Tarantino’s Kill Bill this week as part of their curated entertainment schedule.

More information and showtimes can be found online.