The festival will screen 75 films from 10 countries, and has a number of panels and special events planned from February 23 to February 28
Feb 22, 2021 1:44 PM By: Jordan Parker 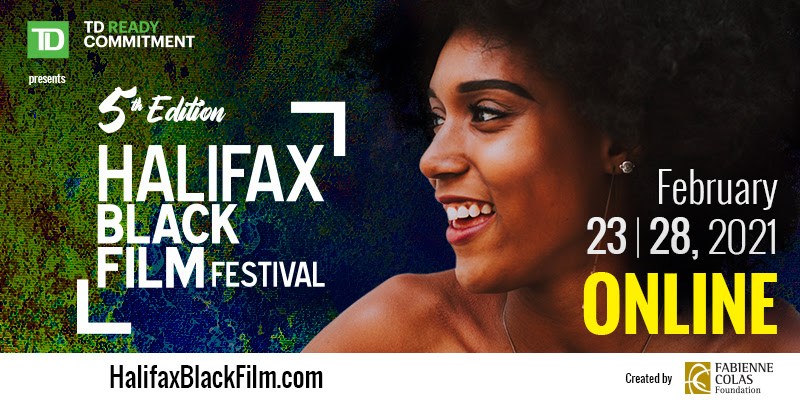 The Halifax Black Film Festival has gone online this year to keep attendees safe during COVID-19, and has expanded offerings as a result.

In its fifth iteration, the festival will screen 75 films from 10 countries, and has a number of panels and special events planned from February 23, 2021 to February 28.

Beginning with Beautie Masvaure Alt’s Shaina and ending with Cheryl Foggo’s John Ware Reclaimed, representation is evident in the selections.

“This is so amazing. We are fired up about what we’ve brought in. We can’t wait to get started, and it’s been amazing seeing Halifax help us to grow,” said Fabienne Colas, president and founder of the festival.

“When we did the first festival, it was one day with one film. Our closing film was the same as our opening film. But to see where we came from, I’m so proud of where we are today.”

The HBFF knew early on that they’d have to pivot to offer the festival during the pandemic.

“We were lucky that we had time to prepare, and now people coast-to-coast can watch these films because we are online. People can dive in without a plane ticket, and it’s become more successful,” she said.

“Some people who’ve never been able to attend a Black Film Festival can. It’s a great way to support Black filmmakers, learn and understanding Black realities, and see incredible films. Everyone is so used to streaming, so it’s nothing new.”

The number of offerings has increased quite a bit this year due to the shift to online.

“Last year there were 28-30 films, and we have 75 this year. When you’re renting theatres, you need to think about schedules, days, theatres and rooms. With an online festival, we didn’t have those worries,” she said.

“I’ve always been interested in documentaries, and I love watching the Food Network. I wanted to tell a story through food. Christine’s story resonated with me, and I had so many parallels with her,” said Nottage, originally from the Bahamas.

“I didn’t know her personally before, though I knew the restaurant. It was the first time in Halifax I felt like I was eating real Caribbean food. It takes me home, and I knew I wanted to feature it.”

The Being Black in Halifax program helped Nottage meet people and tell a story about where she comes from.

“I loved seeing others talk about films and love that industry like I do. It inspired me to want more for myself and my filmmaking. I learned never to be afraid to tell unique stories,” she said.

“There are so many people’s voices not being heard, and there are entirely different perspectives others don’t see. I enjoyed meeting everyone in the program, and it was their drive that kept pushing me forward.”

The program began in 2012, with an iteration called “Being Black In Montreal”. It would soon move to Toronto and then Halifax as well.

“It was a way to help create the next generation of young Black filmmakers. We could help train them, give them a chance and opportunities. They have the talent, but some may not always have the means to practice their craft. We offer learning, mentorship, crews and equipment,” said Colas, HBFF founder.

Last year there were five participants in each city, and their shorts toured festivals, then went to CBC and CBC Gem. The new cohort sees 20 people overall, and Colas couldn’t be more proud.

After her difficulties getting scripts and work authentic to her produced after she immigrated to Canada in 2003, she vowed to always help others.

“I promised myself if I had the chance to help young, Black creators and provide a safe space, I would. No one could tell them how they had to do their own stories, and they could be entirely themselves,” she said.

New this year to the HBFF is audience voting for favourite features in each category. What began as an experiment in Montreal has now spread to all the festivals.

“People can now rate films from a 1-to-5 after they watch. We had success in Montreal and it wasn’t too difficult to compile the data. We have to combine stars, how many voted, and figure out a final rating due to a combination of factors,” she said.

With amazing films, panels and special events, Colas hopes that the festival does more than provide entertainment.

“I hope people are also educated and empowered. You won’t find the topics and issues you see here in history books. This is an incredible way to celebrate African Heritage Month,” she said.

“There will be tough conversations, and I hope people can adopt new perspectives, and this all goes toward understanding each other and living better together.”

For more information or for tickets, please visit HalifaxBlackFilm.com.