When Rhys Waters couldn't find a podcast with a comedic take on Canadian politics, he teamed up with Jesse Harley to create one
Sep 8, 2020 4:33 PM By: Meghan Groff 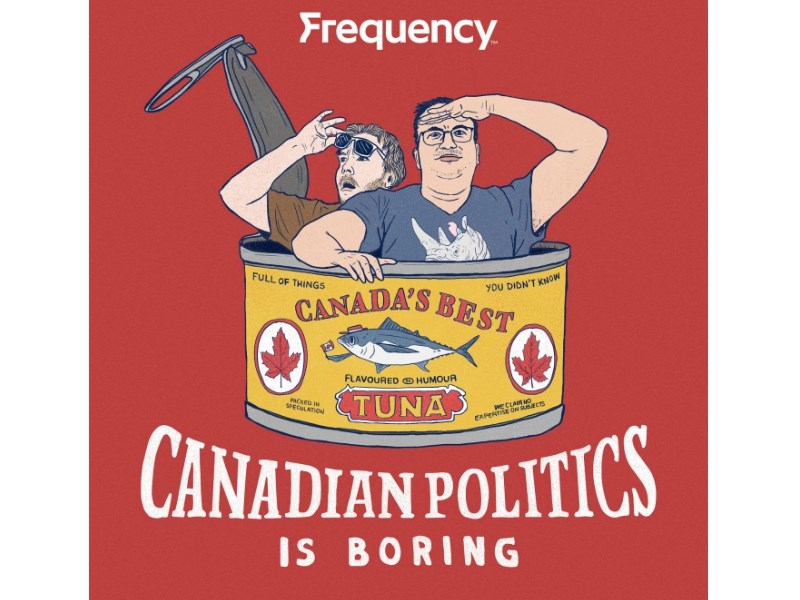 Rhys Waters and his family immigrated to Halifax from Wales over two years ago.

He wanted to learn more about Canadian politics and started searching around for a podcast that had a comedic take on the subject.

When he couldn't find any, he created his own called Canadian Politics is Boring.

"It was kind of a fun project during lockdown just to pass the time, have some fun, focus on doing comedy work and it was a subject I was interested in learning about," Waters told NEWS 95.7's The Rick Howe Show.

"It seemed like a really good way of forcing myself to learn about the topic and then also share what we were learning with others."

Waters has teamed up with his friend, local film director Jesse Harley, who has no interest in politics.

He then presents him with a strange and unusual tale, like the Pig War of 1859 and that time we almost named one of our territories Bob.

"We found out about this UFO welcome site in Alberta that was built by a defence minister called Paul Hellyer ... he opened a welcome centre, so when they arrive they have a place to land in Alberta, which is just fascinating," he said.

"We've also got a new episode that we're going to release soon about American invasion plans for Canada, and part of that plan was to drop poison gas on Halifax to take out the Atlantic fleet."

Waters said his co-host usually has no idea what's coming and he tries to surprise him with a bizarre piece of Canadian history.

"So it's completely improvised. I tend to tee the story up and tell it in a particular way and it's up to him to respond and react," he explained. "Usually I try to shock him as much as possible with things he wouldn't expect."

The pair originally planned to do 12 episodes, but the podcast has quickly found a growing audience.

"It just kind of grew organically," he said. "Now we're committed to it for the rest of our lives, or at least until people stop listening."

It doesn't appear that will be happening any time soon. Canadian Politics is Boring has just been added to Rogers Sports and Media's Frequency Podcast Network, which should expose it to a larger audience.

The network's head, Jordan Heath-Rawlings, said he's listened to many podcasts on Canadian politics, but none have made him laugh like this one.

"I feel like Rhys and Jesse have barely scratched the surface of both their potential as a show and Canada's sordid and hilarious political history."

You can find the show on all podcast platforms, or listen online at frequencypodcastnetwork.com.

Rogers Sports and Media is a partner in HalifaxToday.ca.