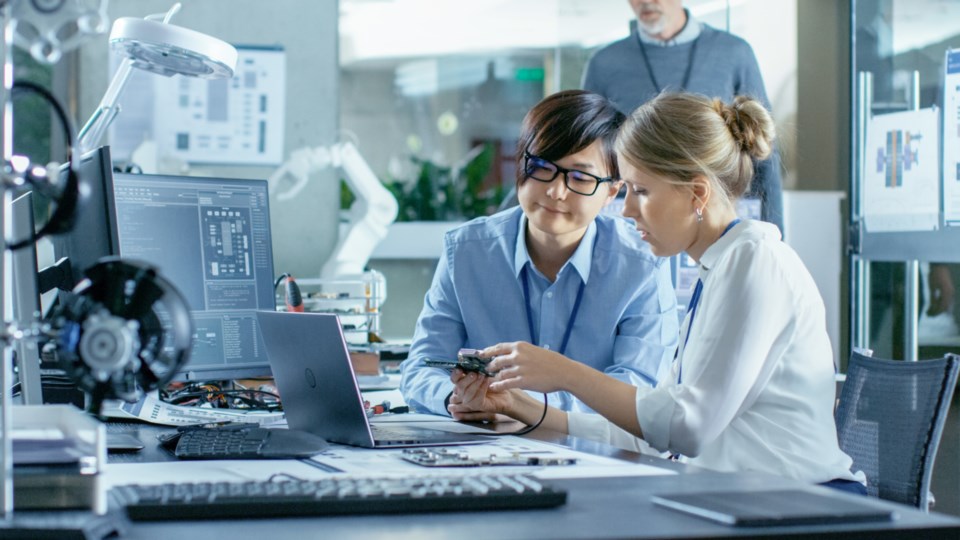 Landon Getz is a PhD candidate in microbiology at Dalhousie. He's also one of the founders of QAtCanSTEM.

The long acronym is short for Queer Atlantic Canadians in Science Technology Engineering and Math, a group Getz says is focused on building community.

"STEM tends to be often dominated by heterosexual white men, so it can be isolating to be in STEM fields and not know other people like yourself," he tells NEWS 95.7's The Sheldon MacLeod Show.

On January 17 and 18 2020, QAtCanSTEM will hold their first conference at Dalhousie University.

The day will consist of panels, presentation and keynote speakers. But Getz says that below that, it's about connecting people to others in the LGBTQ community..

"This event is really designed to celebrate the work that LGBTQ people are doing in science around the Atlantic provinces, and connect them and start building a network," he explains. "It's designed as a support system."

Getz thinks attendees of the conference will be able to make connections and friends with others who can share their scientific ideas but also their life experience.

"When LGBT scientists are struggling through their day as regular scientists would, they have a specific support network to go to," says the PhD candidate. "When they deal with issues that might be specifically related to their identities, they also have those role models and people to talk to.

Growing up in Alberta and moving to Halifax six years ago, Getz says being queer informs every aspect of his identity.

"My decision to go into science, what I choose to study, how I study it, how I ask questions, all of those things are informed by who I am as a person," he says. "You can't really remove one aspect of my identity from the whole thing."

Getz was inspired by other LGBT STEM groups in other parts of the world.

"I was at an event much like this one in the UK in January. They've been operating for about five years and we're starting to build a network across Canada," he explains.

The microbiologist hopes to help build that network across the country, starting with the Halifax conference.

"I think it would've been nicer to have it sooner, but better late than never," he adds.

Registration for the QAtCanSTEM Colloquium is now open, which Getz says it free to try to remove as many barriers as possible.

Nova Scotians urged to follow burn restrictions as dry conditions continue
Aug 12, 2020 3:39 PM
Comments
We welcome your feedback and encourage you to share your thoughts. We ask that you be respectful of others and their points of view, refrain from personal attacks and stay on topic. To learn about our commenting policies and how we moderate, please read our Community Guidelines.