Quinpool Common Project wants to see an urban garden set up on the empty lot on Quinpool Road
Nov 27, 2018 12:07 PM By: HalifaxToday Staff 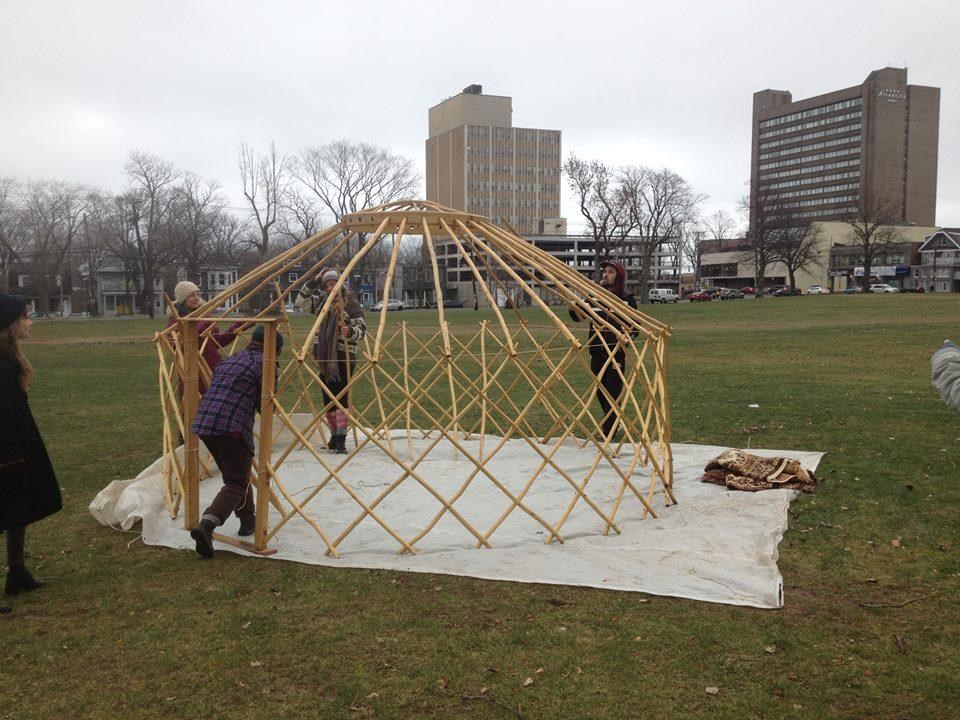 Quinpool Common Project set up a yurt on the site of the former site of St. Patrick's High School on Quinpool Rd. (Photo provided)

A local group wants to see an empty lot on Quinpool Road stay a public space, rather than be sold to developers.

Quinpool Common Project has started a petition, aiming to have the city designate the former site of St. Patrick's High School a green space.

"Halifax is one of the most food insecure cities in Canada and there's a reason for that ... urban food forests and urban community gardens are a solution to food insecurity that empowers people and gets people eating healthy food and meeting a lot of the health standards that we're supposed to be achieving now in 2018."

Haiven hopes the municipality will consider holding onto the property.

"As opposed to selling off some of our most prime land that could be feeding us, that could be raising future generations," Haiven explained. "It's a beautiful spot in the middle of a really great community on a main thoroughfare. There's no reason that it needs to be sold off."

The group believes the space would be a perfect new home for the Common Roots Urban Farm, which is currently located a few blocks away at the corner of Robie St. and Bell Rd.

After 7 seasons at that location, they now need to transplant themselves because of the upcoming QEII Redevelopment Project.

In an interview last month Common Roots' former coordinator Jayme Melrose said the group was narrowing in on a new home, but it was unlikely to be on the peninsula.

She said Fairview or Clayton Park were potential locations.