Group raising funds for Gaelic-version of Anne of Green Gables

Anne of Green Gables has been translated into over 30 languages, but Scottish Gaelic isn't one of them
Jun 5, 2019 4:58 PM By: Meghan Groff 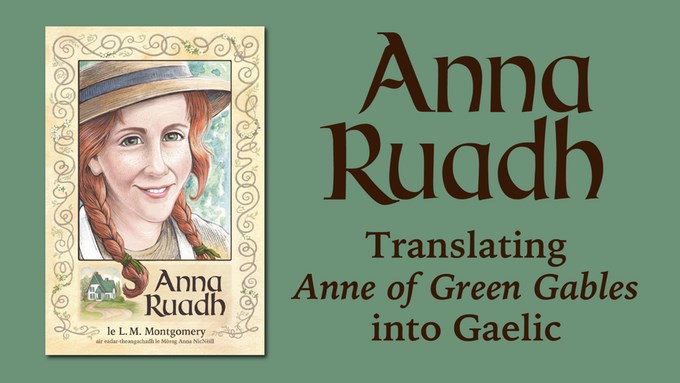 An online campaign has been launched to raise the funds needed to publish a Gaelic-version of a beloved Canadian novel.

Anne of Green Gables has been translated into over 30 languages, but Scottish Gaelic isn't one of them.

Dr. Emily McEwan, the founder and president of Bradan Press, is behind the project. Her publishing company aims to connect readers with the Gaelic language and culture.

She tells NEWS 95.7's The Sheldon MacLeod show, being able to read the Lucy Maud Montgomery classic would be a great benefit to those trying to learn the language.

"If you love the book in English, and then you pick it up in Gaelic, you already know the basic story lines. You can kind of key in and that helps you learn the language faster," she explains.

Prince Edward Island, the main setting for the book, has a strong Gaelic connection.

McEwan says several early settlers on the island were Gaels, including the family of Montgomery's husband, the Rev. Ewan Macdonald.

The goal of the 30-day Kickstarter campaign is to raise $15,000, and if they fall short, they don't get any of the donations.

If successful, the book will be titled Anna Ruadh, which translates into "Red-haired Anne."

McEwan is hoping for a publication date of next June.

New plaque at Dalhousie celebrates university's connection to Lucy Maud Montgomery
Jun 21, 2018 5:31 PM
Comments
We welcome your feedback and encourage you to share your thoughts. We ask that you be respectful of others and their points of view, refrain from personal attacks and stay on topic. To learn about our commenting policies and how we moderate, please read our Community Guidelines.