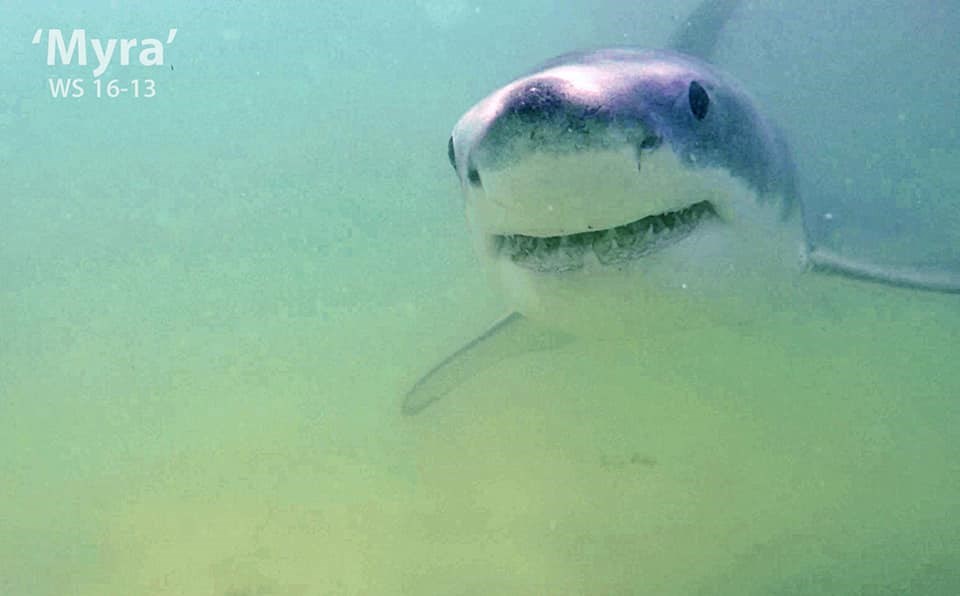 Three great white sharks have been detected in the Minas Basin so far this summer.

She was tagged on the same day in 2006 as another great white that has been detected in the area, Pumpkin.

And earlier this year, Andale pinged near Cape Split.

"God knows how many other sharks are here with them," he said. "But there's three young female sharks just before maturity, they're all coming up here around the same time."

"Myra, it's her first time here that we know of, but Pumpkin and Andale have been back multiple years."

Porter has been helping out with a study by the Atlantic White Shark Conservancy.

"I've got 42 receivers out this year in our project, which is a lot," he explained. "We're covering the whole Minas Basin and Minas Passage so we get a clear picture of what's happening."

He explained when the shark is tagged, a transmitter is attached, which gets picked up when the animal swims by a receiver.

Their research is separate from the OCEARCH group which has been tracking another popular shark in Nova Scotia.

Hilton spent most of last summer and early fall hanging out along the south shore. This year he's surprised researchers by heading further north than he's ever been tracked.

Late Monday he was detected in Cape Breton waters near Point Michaud.

The OCEARCH team planning a trip to Nova Scotia later this month hoping to learn more about breeding that may be taking place in our waters.

It's not yet clear how Hilton's recent movements will impact their plans.

"What he does next could have some bearing on our expedition to Nova Scotia in a few weeks," OCEARCH said Thursday on their Facebook page. "We're watching closely to see if he swings off the coast towards Sable Island or moves up to Newfoundland."

"Maybe he'll turn around though and meet us at Mahone Bay."