The Department of Environment and Climate Change says test results will be released once available
Jun 10, 2021 6:14 PM By: Meghan Groff 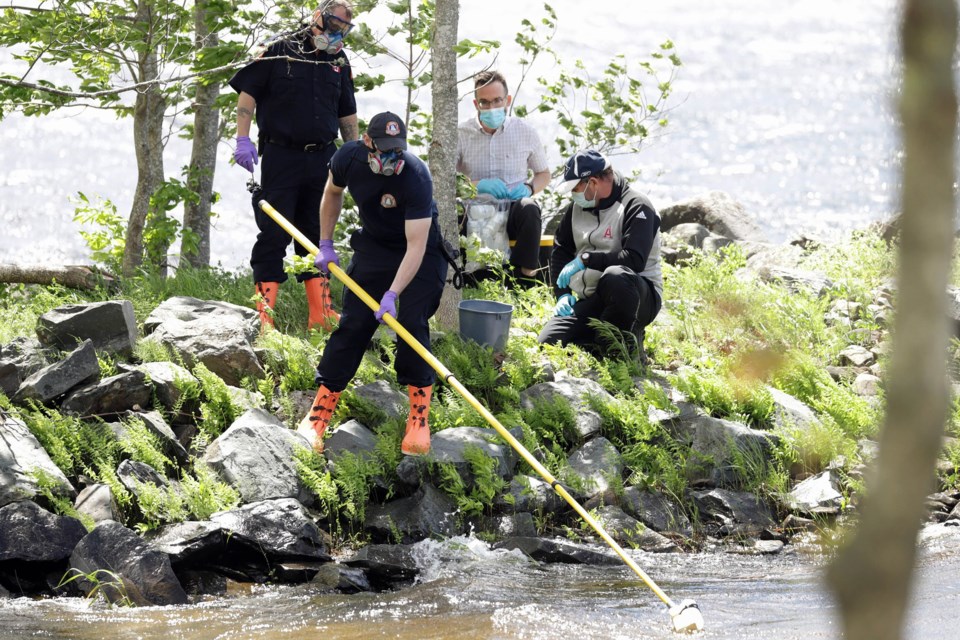 Grand Lake and nearby Fish Lake in the Wellington area are being tested for two types of toxins produced by blue-green algae.

The Department of Environment and Climate Change says staff did rapid tests for the presence of the toxins and sent water samples to a private laboratory to test for pesticides, organic and inorganic materials, as well as petroleum hydrocarbons.

"The test results will be released once available," the department said. "A sample of sludge found in the lake is being sent to a specialist to identify."

This comes after an emergency alert was issued early Thursday morning.

"There is an unknown issue with the water in Grand Lake that has caused animals to die and has sent one citizen to hospital," it said.

Until more information is known, homeowners that have wells that are 30 metres or less deep and are located within 60 metres of Grand Lake are being told to not use that water for drinking, bathing or cooking until further notice.

Nobody should go into the water, including pets, even if it is in a boat.

Both Halifax Water and the Municipality of East Hants say their tap water is safe.

Laurie and Oakfield provincial parks remain open, but there is no swimming and boating at this time.

The Department of Fisheries and Oceans has also stopped all commercial, recreational and food, social and ceremonial harvesting in the Grand Lake watershed, including the full length of the Shubenacadie River.

In previous years when Halifax Regional Municipality has warned of potential blue-green algae blooms, it has said those who come in contact with it or ingest water containing it may experience skin irritation, rash, sore throat, sore red eyes, swollen lips, fever, nausea and vomiting and/or diarrhea. It added children and immune-compromised individuals are at a higher risk.

On its Facebook page, 4 Paws 24 Hour Veterinary Hospital in Halifax said symptoms of blue-green algae poisoning in pets include:

It said anyone with pets showing these symptoms should head to their nearest veterinary hospital.