Government funding will support the design and construction of a new community centre for residents of Beechville, Lakeside, and Timberlea
Sep 15, 2020 5:15 PM By: Katie Hartai 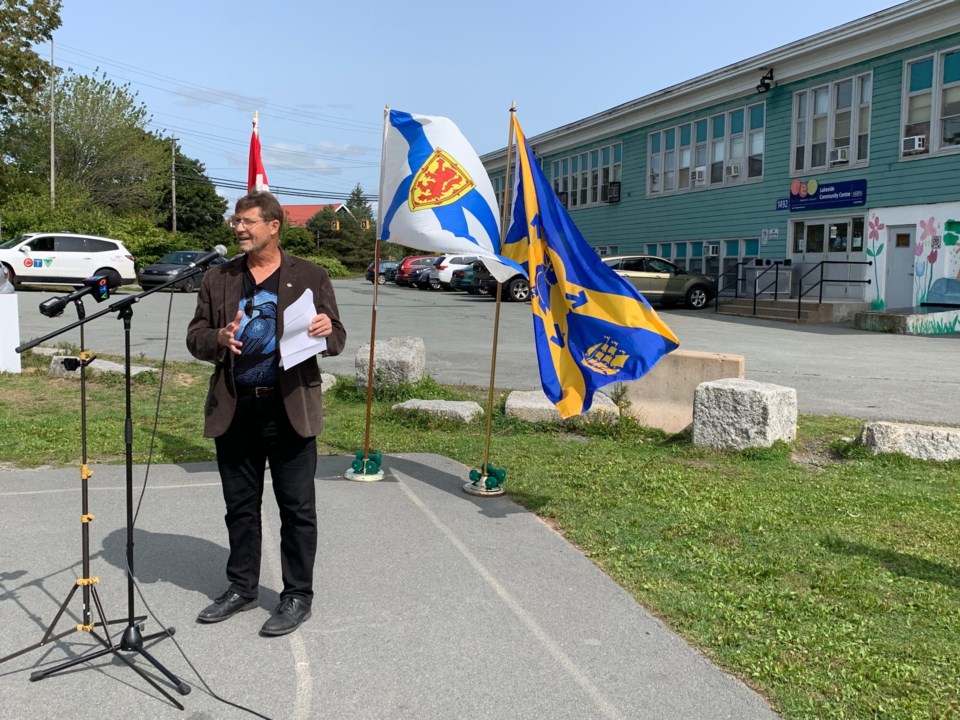 Area-councillor Richard Zurawski says the existing facility which was built as a school in 1956, has reached the end of its useful life (Photo: Katie Hartai/HalifaxToday.ca)

Residents in Beechville, Lakeside, and Timberlea will soon have a new community centre.

The federal government will be investing more than $3.9 million into the project, the province will be contributing $3.2 million, and the Halifax Regional Municipality has allocated $2.6 million.

Representatives from each level of government made the funding announcement Tuesday in front of the old Lakeside Community Centre.

Area-councillor Richard Zurawski says the existing facility, which was built as a school in 1956, has reached the end of its useful life.

He has long been advocating for a new facility, and calls it a "community dream."

"To say this old school is past its best-before date is an understatement," he says. "We have needed a new rec centre for a long, long time, and to see it actually come to fruition brings me great pleasure."

Member of the Legislative Assembly for Timberlea-Prospect, Iain Rankin, grew up in the area and played basketball with friends on the facility's grounds.

He says announcing the funding for a new community centre marks one of the best days of his career as an MLA.

"We deserve this in Beechville, Lakeside, and Timberlea as other communities have in the past," he says. "We fought for this, I fought for this for many years."

Member of Parliament for Halifax West, Geoff Regan, acknowledges the important role the facility has played in the community in the past, but says it's now showing its age.

"Infrastructure like this allows people to live healthier lives, helps grow businesses, and helps keep communities connected," he says. "And with the health and economic challenges presented by COVID-19, building healthy and resilient communities is more important than ever."

Councillor Zurawski says the committee has a lot of work ahead of them in terms of deciding on designs for the facility. He expects construction could begin as soon as spring 2021.