Going to see Obama Wednesday? Here's what you need to know

If you've got a ticket to the sold-out event, expect additional security measures to be in place
Nov 12, 2019 12:58 PM By: Meghan Groff 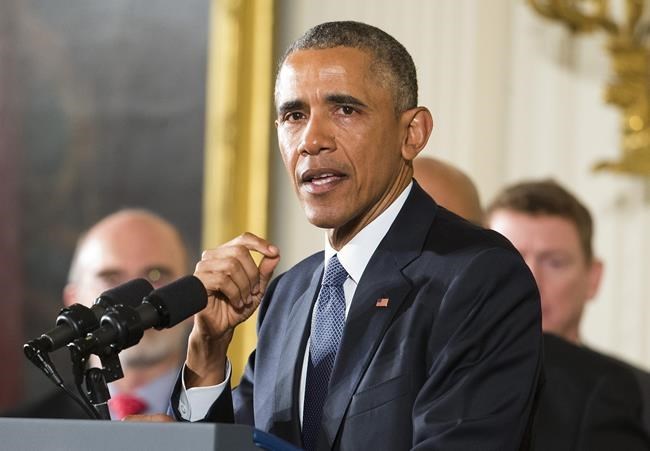 A former U.S. president is coming to Halifax this week.

“A conversation with Barack Obama” is scheduled for Wednesday night at the Scotiabank Centre.

President Obama is scheduled to take the stage at 6:30 p.m. and expected to speak for around an hour.

If you've got a ticket to the sold-out event, expect additional security measures to be in place that go above and beyond what you'd see a Mooseheads game or a concert.

Events East marketing director Erin Esiyok-Prime says you're going to want to arrive early to give yourself plenty of time to find parking and get through security.

"All the entrances will be open to the facility, so there's actually 8 access points, but we will have security gates at all those doors and we will be implementing bag checks," she tells HalifaxToday.ca.

There's officially a no-bag policy for the event, but exceptions will be made for soft-sided bags and purses, as long as they're smaller than 14 inches long, 14 inches high and 6 inches wide.

If it's still rainy tomorrow evening, umbrellas will be allowed as long as they're compact and without sleeves.

Metal detectors will be at every entrance.

"Select concession stands" will be open during the event and you aren't allowed to bring your own food or beverages.

"They are discouraging any photography when Obama is on stage ... you can bring your cellphone in, we would just ask that you not take photos," says Esiyok-Prime.

Event organizers are also asking attendees to stay in their seats once Obama takes the stage.

"The goal is to ensure that everybody has a great experience, so when people are coming up and down the aisles, it can be disruptive, so we ask that once you're seated and the main event begins that you're not up and down, " Esiyok-Prime explains. "Obviously if you need to go to the washroom or if there's an emergency, by all means, but we're really trying to discourage a lot of movement during the main event."

Doors open at 4:30 p.m. and if you get there early, you'll be able to enjoy a Cultural Expression Showcase, which starts at 4:45 p.m.

Additional information about security at “A conversation with Barack Obama” can be found here.

Halifax Water issues boil water advisory after water main break
Jul 4, 2020 9:41 AM
Comments
We welcome your feedback and encourage you to share your thoughts. We ask that you be respectful of others and their points of view, refrain from personal attacks and stay on topic. To learn about our commenting policies and how we moderate, please read our Community Guidelines.