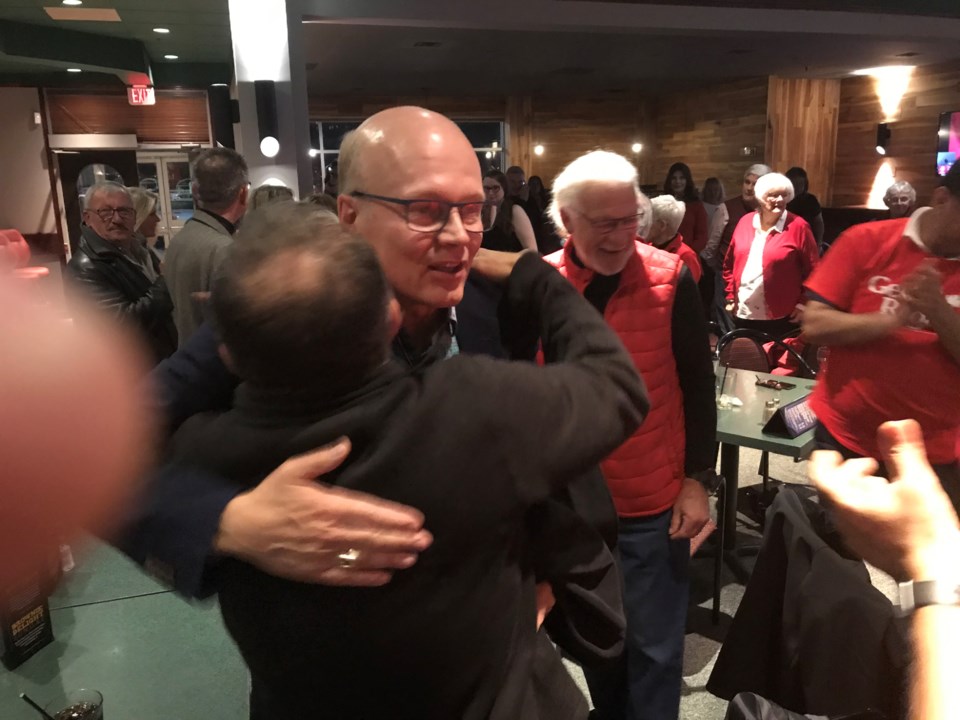 Liberal MP Geoff Regan hugs a supporter at his victory party after being elected to his 8th term in Ottawa (Todd Veinotte/HalifaxToday.ca)

Liberal incumbent Geoff Regan has been declared the winner in Halifax West.

At his victory party, the long time MP said he's humbled to once again serve the constituents of the riding.

Regan was first elected to represent Halifax West in 1993, and tonight after winning his 8th term in Ottawa, he outlined what why he thinks he's held onto the seat for so many years.

"I work hard and I have very good staff who also work very hard," he said. "We try to get around to see people a lot, whether it's going door-to-door between elections, whether it's holding my local meetings or just getting out, being available and trying to respond to people when they call us and try to help them out.

Regan became the first Speaker of the House from Atlantic Canada in almost 100 years when he was elected to the position in December 3, 2015.

His father, Gerald Regan, was the former Premier of Nova Scotia, and also served as a federal cabinet minister under Pierre Trudeau.

The NDP's Jacob Wilson has 9,876 votes, the Conservative's Fred Shuman has 9,573 votes and Green Party candidate Richard Zurawski has 6,046 votes.