Sam London died Tuesday after jumping into the water and saving his son, who was stuck in a whirlpool
0
Jul 15, 2019 6:16 AM By: Dave Heintzman 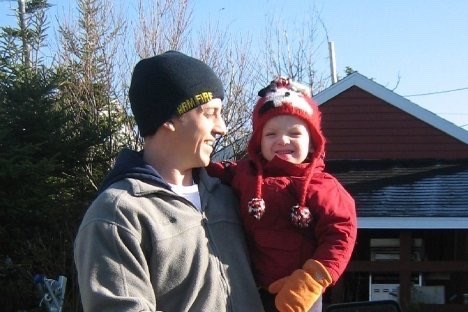 In a funeral this afternoon, members of the public, and firefighters in uniform are expected to honour an HRM firefighter who died last week while saving his son.

Sam London, who worked at Station 18 on Main Street in Westphal drowned at Drysdale Falls after rescuing his son who was trapped in a whirlpool.

HRM spokesperson Brendan Elliott says they are expecting a large turnout of firefighters, but there will be no formal marching parade. That's because firefighter funerals have different levels depending on whether you die on duty, or off.

However, he says it's expected there may be a line of firefighters outside Good Shepherd Congregational Church in Lawrencetown as a show of solidarity and respect as they await London's remains which will arrive by fire engine. As part of a Level 3 funeral, the family was able to choose from a variety of services offered by Halifax Fire and Emergency, and so attendees will see an honour guard, and band as part of the ceremony.

While the funeral itself is at two o'clock, HRFE members should arrive no later than 12:45 - and they are expected to be in Dress Class 'A' uniforms, including medals. Personnel without dress uniforms are to wear fatigues with tie and hat. In addition, in accordance with funeral regulations, all Canadian flags at HRFE stations will be flown at half mast, and will remain that way until seven o'clock Monday evening.

A GoFundMe, set up shortly after London's tragic death for his widow, and three children, has reached $47,400 as of Monday morning.

NSHA starts to resume a number of patient procedures, programs and services
May 26, 2020 11:35 AM

Expect some changes when restaurants reopen
May 26, 2020 11:26 AM
Comments
We welcome your feedback and encourage you to share your thoughts. We ask that you be respectful of others and their points of view, refrain from personal attacks and stay on topic. To learn about our commenting policies and how we moderate, please read our Community Guidelines.