Herb Carnegie was a star player in the semi-pro leagues during the 1940s and 50s and was named MVP three times while playing for the Quebec Aces
Aug 10, 2020 7:43 AM By: HalifaxToday Staff 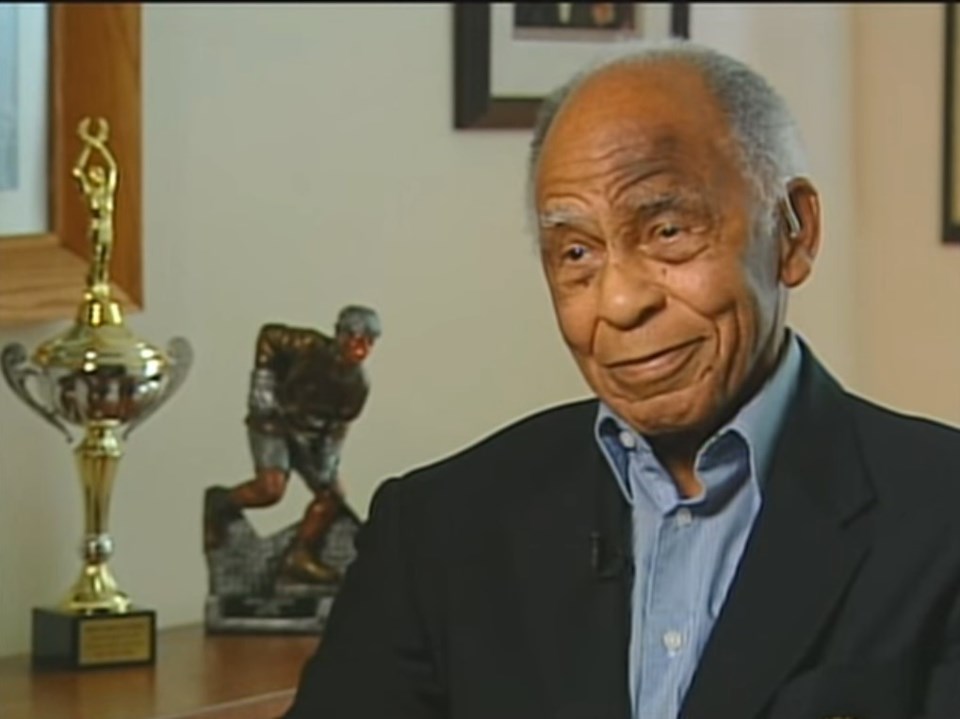 Herb Carnegie in a 2009 interview with Hockey Night in Canada when he was 88 years old.

A former player with the Halifax Mooseheads is working to have his grandfather enshrined into the Hockey Hall of Fame.

Rane Carnegie suited up for the herd from 2004 to 2006 and has started a petition to bring attention to his grandfather's story.

Herb was denied from playing in the NHL because he was Black. He was a star player in the semi-pro leagues during the 1940s and 50s and was named MVP three times while playing for the Quebec Aces.

"He was my support system. I was raised by three women...my mom and my two sisters...my grandfather cast a large shadow but he was always there when we needed him and in particular me being a minority going through a predominately white sport," explained Carnegie.

Rane says he will need to appear before a committee member to have his grandfather's name added to a docket for consideration.

"He was a person that was denied showcasing his abilities because of the racism that existed within the era,"

The petition has close to 5,000 signatures