Health Canada has released a major overhaul to the Canada Food Guide
Jan 23, 2019 10:57 AM By: Meghan Groff 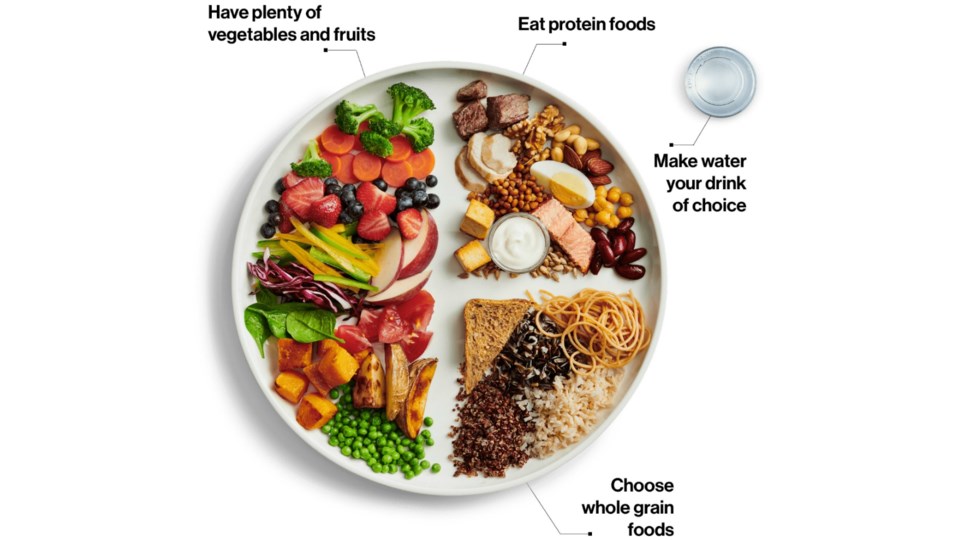 Health Canada has released a major overhaul to the Canada Food Guide.

The four food groups are gone, replaced by the recommendation to eat more fruits and vegetables, plant-based proteins and whole grain foods.

It de-emphasizes meat consumption and the daily-recommended intake of dairy, instead recommending water as the drink of choice.

The professor of health and human performance says the new guidelines are now based on research-based evidence.

"It still comes down to looking for balance, looking for moderation, but also recognizing that the foods that we're eating are impacting our health and they're costing us money in our health care system," she says in an interview with Rogers Media. "We need to be changing that around and actually trying to support people to achieve their best health before they develop chronic diseases."

She says chronic disease accounts for around one-third of direct health care costs faced by Canadians, and that's partially because unhealthy foods are prevalent in our culture.

"We know that we're seeing rates of obesity increasing, rates of diabetes increasing, cardiac disease," she explains. "Rates of cancer are increasing and they're very strongly related to the food that we eat."

However, Kirk says the one factor not addressed in the new guide is food insecurity.

"Healthier food tends to be more expensive and it's less available ... and also recognizing that often there are pressures on people to eat unhealthy foods that are being created by the environment we live in, the pressures on life in terms of time."

Fellow Dalhousie professor Sylvain Charlebois is also concerned that many Canadians will not be able to afford to increase the amount of produce in their diet.

"One has to be concerned about production capacity in this county. We don't produce a whole lot of vegetables and fruits," explains the expert in food distribution and policy. "Our economy is quite vulnerable to currency fluctuations, climate change, embargoes, we just saw with romaine lettuce how things can go awry at times."

"Lettuce went up 39 per cent over last year. If you're a federal agency looking at health and you're asking people to buy products that are becoming more and more expensive, that should be a concern."

Overall Charlebois believes the new guide is a progressive and modern step forward, however he thinks some of the lifestyle recommendations come across as a little condescending.

"Like for example, be careful of food advertising and try to enjoy your food as much as possible ... it reads funny."

This most recent update is the first in about 12 years ago, and overall he says not much has changed since it was first introduced to Canadians in 1942.

"What I hope is to see a revision of the food guide every 5 years like any other industrialized country," he says. "If we do that, we wouldn't make it a big deal."