The scholarship, created by Devour! The Food Film Fest, will be awarded to a student annually
Sep 28, 2020 6:25 PM By: Chris Stoodley 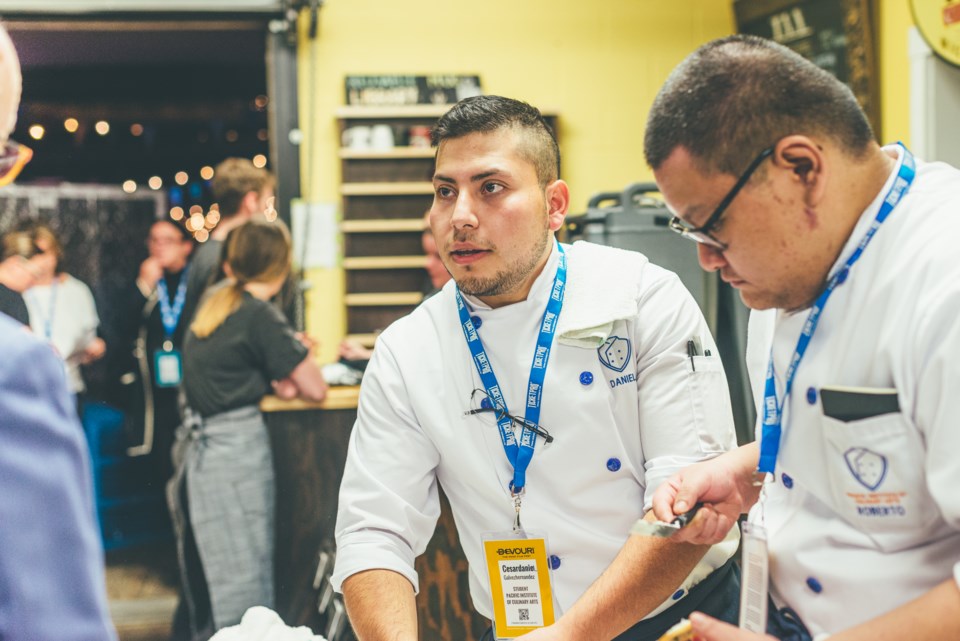 Cesardaniel Galvezhernandez, a student from Vancouver's Pacific Institute of Culinary Arts, was a guest chef at the 2019 Devour! The Food Film Fest (Courtesy of Devour!)

Starting this year, the Devour! Hospitality Diversity Scholarship — created by Devour! The Food Film Fest — will be awarded to students in NSCC’s culinary management, culinary skills and tourism and hospitality programs.

The bursary, worth $1,000, will be awarded annually to a student from an underrepresented community.

“The idea that we needed to start diversifying our workforce and our labour force has been a very relatively new concept,” Michael Howell tells NEWS 95.7’s The Sheldon MacLeod Show. “Its been bro-culture for a long, long, long, long time. But the reality is is that skilled, adept people from all walks of life — whether they be women, people of colour, Indigenous or minority groups — have just as many potentialities for culinary skills and culinary participation; it’s time that we woke up to that.”

Howell, who has over 30 years of experience in the restaurant, hotel and hospitality industry, is the executive director of Devour!

For nearly three years, he was the president of the Restaurant Association of Nova Scotia and says trying to find cooks who are minorities was “virtually impossible.”

“Now, what we’re trying to do is turn it on its head a bit,” he says, “and at least provide opportunities for people from those cultures to find a way to be educated and learn in a culinary environment so that they can jump into the workforce just like anybody else can.”

Howell says they began thinking about the idea eight or nine months ago in order to have it in place before the beginning of this year’s festival.

This year, the festival runs from Oct. 21 to 25 both virtually and in Wolfville, N.S.

Programming includes films such as Master Cheng, a film about a professional chef who brings Chinese cuisine to a remote village in Finland, and The Happiness Project, a short about a Tanzanian woman relying on her catering business to support her family.

The moment you’ve been waiting for is finally here - the Devour! 9.5 program has been served! From flavourful films, mouth-watering workshops & our scrumptious signature events, there’s plenty to devour virtually & in person 🍽🎥 https://t.co/EgRjvw4NOY pic.twitter.com/KjWhGYqNhJ

Since the festival’s inception, Howell says it has had a strong relationship with NSCC’s tourism and culinary programs. Devour! has created numerous volunteer opportunities for NSCC students and has helped students meet celebrity chefs like Jacques Pépin and Anthony Bourdain.

While Devour! has established the parameters of the scholarship, who receives it is decided by NSCC.

With this bursary, Devour! hopes it’ll provide a financial incentive for Nova Scotians from underrepresented backgrounds to enter the culinary and hospitality industry.

“Its been a broken system for a long, long time,” says Lia Rinaldo, the film festival's managing director. “I mean, we’re watching every wave hit restaurant culture and this is just one huge piece.”