Halifax police say they responded to more than 80 calls and multiple crashes were reported
Nov 4, 2020 5:33 AM By: Steve MacArthur 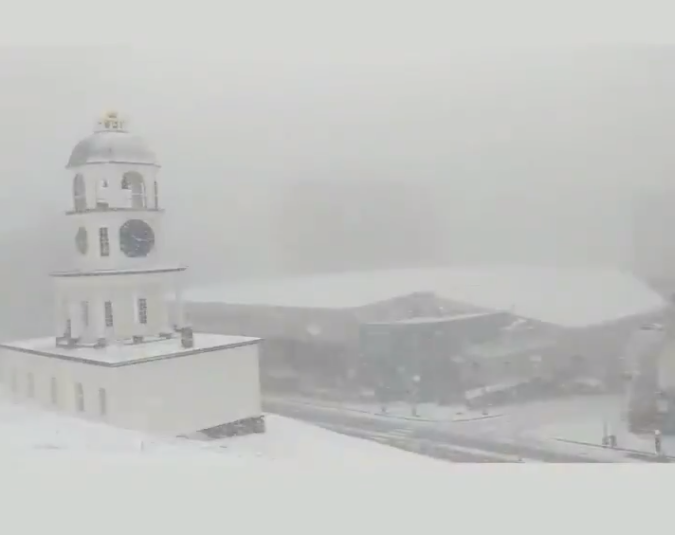 The first snowfall of the season created chaos and gridlock during the afternoon commute in Halifax on Tuesday.

Halifax police say they responded to more than 80 calls and multiple crashes were reported including one on the Macdonald bridge which shut down the span for a couple of hours and a nine car pile-up in Clayton Park.

At one stage both the Macdonald and MacKay bridges were closed due to collisions. Between five and ten centimetres fell creating slippery road conditions and caught many drivers off guard.

Drive with caution and to conditions, slow down and give space between yourself and the motorist or road user ahead of you. Clear your windows and vehicle. Be patient and avoid distractions. Stay safe out there this afternoon. ❄️ pic.twitter.com/d55SYzCqPc

Drivers reported on social media it took several hours to get home in a commute that typically only takes 20 to 30 minutes as traffic was at a virtual standstill for hours.

Halifax Transit buses were put on snow plans while crews worked to clear and salt the roads.

No serious injuries were reported from the collisions.

Meantime, part of Herring Cove Road has been re-opened after a crash on Tuesday evening. Police say an SUV hit and brought down a power pole at Bradbury Lane at about 6 p.m.

No one was injured, and Nova Scotia Power crews were called out to assess the situation.