Judge Castor Williams was the first black judge appointed to the Provincial Court of Nova Scotia on Feb. 20, 1996
May 24, 2019 4:06 PM By: HalifaxToday Staff 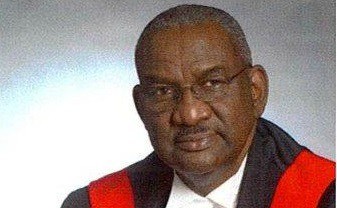 A retired judge and the first person of African ancestry to be appointed to the Provincial Court of Nova Scotia has passed away.

"Judge Castor Williams was a giant, both literally and figuratively," said the Honourable Pamela Williams, Chief Judge of the Provincial and Family Courts. "With his booming voice and commanding presence, he demanded respect in the courtroom. But in turn, he was always professional, courteous and respectful to others, and his laugh could make anyone smile."

Williams was born in Antigua and worked with the Government of Antigua and Barbuda Civil Service. He also served as a non-commissioned officer in the West India Regiment.

He received his B.A. in Political Science and Economics, and in 1976, he graduated with a law degree from Dalhousie University.

He sat as a full-time judge until his mandatory retirement at age 70 and continued for another five years after that as a per diem or part-time judge.

He passed away Wednesday at the age of 80.