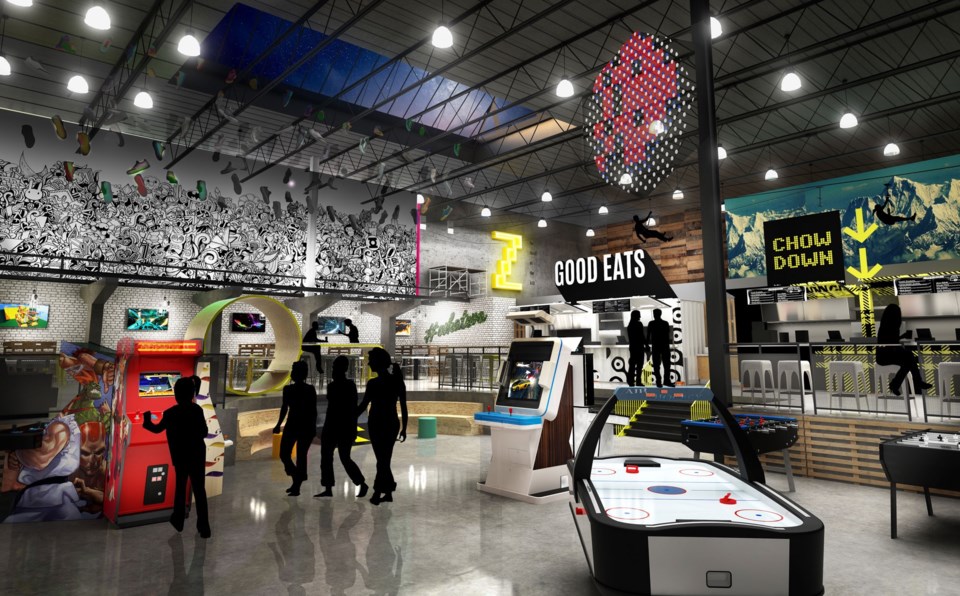 An artists rendering of a Cineplex Playdium in Ontario (Photo courtesy of cineplex.com)

Cineplex Entertainment’s first Playdium entertainment complex for the Maritimes will open in Dartmouth next year.

“This is really exciting for us, and it’s been in the works for some time. We’re particularly excited it will be in Atlantic Canada, especially after we open a Rec Room location at the Avalon Mall in St. John’s, Nfld. [next month]” said executive director of communications Sarah Van Lange.

The news comes after a revamp of the arcade portion of Cineplex Scotiabank in Bayers Lake.

With 30,000 square feet set aside, the Playdium features private rooms for birthday parties and gatherings, and lounges for adults as well. Van Lange says the work on other sectors of the business are intentional.

“Cineplex is evolving from an exhibition company to an overall entertainment company. Yes, we focus on films, but we have expertise some people aren’t aware of,” she said.

Cineplex serves over 70-million people a year, in a number of capacities.

“We work with one of North America’s largest suppliers of arcade and amusement games,” she said, referring to the Rec Rooms – arcade and entertainment complexes mostly built in Ontario and Alberta.

But the opening in Dartmouth of the Playdium will get expansion of Cineplex’s offerings kickstarted in the Maritimes.

“A property became available and it was in Dartmouth Crossing. Dartmouth is burgeoning and growing, and it made perfect sense to invest in the area,” said Van Lange.

Cineplex first announced Playdiums in 2017, and locations are opening in Whitby and Brampton, Ont. later in 2019. Cineplex plans to open 10-15 Playdium locations in communities across the country.

“We are so excited to bring the Playdium experience to Atlantic Canada as we continue to introduce unique new experiences to Canadians and showcase our growing portfolio of entertainment options,” said Ellis Jacob, President and CEO of Cineplex in a release.

“Leveraging our industry-leading expertise in entertainment, amusement gaming and food service, this newly announced Playdium location is sure to become the city’s go-to destination for everyday play, casual dining and special occasions. While the complex is designed to appeal to teens, their friends and family, we know that kids of all ages are going to love it.”

Van Lange says these arcades like the Rec Room and Playdium cater to a sense of nostalgia and wonder.

“The Playdium is different from the Rec Room in that it will have different food, including sandwiches, pizzas, nachos and burrito bowls,” she said.

“Our business is rapidly changing, and we are enjoying that change. At the heart of Playdium is Instagrammable moments and social time with your friends and family."

“Starting April 17, 2019, you'll earn and redeem more SCENE points on your movie ticket and earn 5 points for every $1 you spend on food and drink at Cineplex theatres,” says the Cineplex website.

People will still get a free movie for every 10 they see. The change takes effect on April 17, 2019.

“The Playdium and theatres will be connected through SCENE Loyalty, and you can leverage your points at both places,” said Van Lange.

“This move with the Playdium allows us to grow. We have 165 theatres with a pre-established footprint, and now we can offer even more entertainment.”