The organization is hosting events all winter long to gather food items and funds
Nov 24, 2018 5:00 PM By: Danielle McCreadie 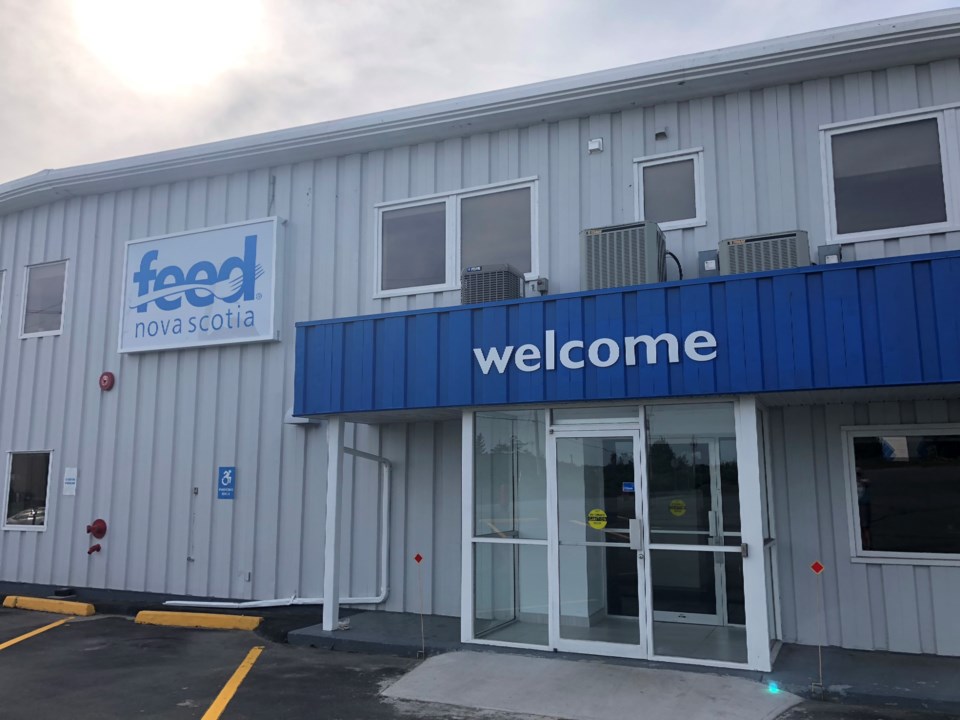 Feed Nova Scotia is in the midst of their busiest season, says executive director Nick Jennery.

"It's a really busy time of year because every day we have to deliver somewhere around 8000 kg of food (about 18,000 lbs)," he explained.

The charitable organization helps collect and distribute food to 145 food banks and meal programs around the province.

Jennery says the holidays are hard for those who rely on food banks. "They're trying to put a meal on the table."

"What I would say is come down 67 Wright avenue, you can park right outside the front door. You'll be greeted by some of the most amazing volunteers and staff that I've ever had the pleasure of working with, and come see what we do. You'll make a difference in somebody's life,"he said.

Feed Nova Scotia recently moved into the new Wright avenue location. It allows them to store and deliver more food than ever, and with ease.

"In the old location, we had five-tonne trucks and we had to park them on the sidewalk. We had to use our forklifts on an incline in snowy weather. It was really tough," he said. "Now we have a warehouse with parking, racking, an enlarged freezer, and coolers so that we can receive more perishable food items."

According to Jennery, 55 per cent of what they ship out to food banks, shelters, and meal programs are perishable items like fresh fruit and vegetables, something he's very proud of.

"That's all due to the generosity of the community, our farmers."

During the holidays, Food Nova Scotia takes on the support for 7,000 households, and spends the winter months collecting food and funds for that project.

Despite the increase of food donations around the holiday, Jennery and the organization remind people that hunger is a 12 month challenge. Through Feed Nova Scotia's "Give 12" program, donations can be made year round by signing up for monthly contributions.  The program has over 1,000 donors currently signed up, said Jennery.

You'll find them this week at the Christmas tree lighting ceremony on Saturday in Grand Parade, where they will be accepting donations and selling items to raise money, including a case of wine from Bishop's Cellar.

"You're helping people who are hungry, you're helping Feed NS, you're getting a great bottle of wine, and you can have some fun along the way,"he said.

November 27 is 'Giving Tuesday,' said Jennery. For every dollar that is donated to the charity, both online and in person, Sobey's will be matching donations up to $10,000.

Feed Nova Scotia also has the 'Stuff a Bus' event, taking place November 30. In partnership with Metro Transit, eight busses are stuffed with food donations from businesses and schools in the city.

"Shout out to the moms and dads, the grandparents, the uncles and aunts in this town, because they choose this time of year to make it a teaching moment for their kids, and we just think its awesome," he said

"The kids are just outstanding with their generosity, what they do, and they just want you to feed the hungry kids in their class. It's honestly as simple as that and that's what we're trying to do."

Dalhousie says online event this week was interrupted by racist comments
Jan 22, 2021 7:04 AM

Premier says province needs to welcome new residents as number of seniors expected to spike by 2040
Jan 22, 2021 6:49 AM