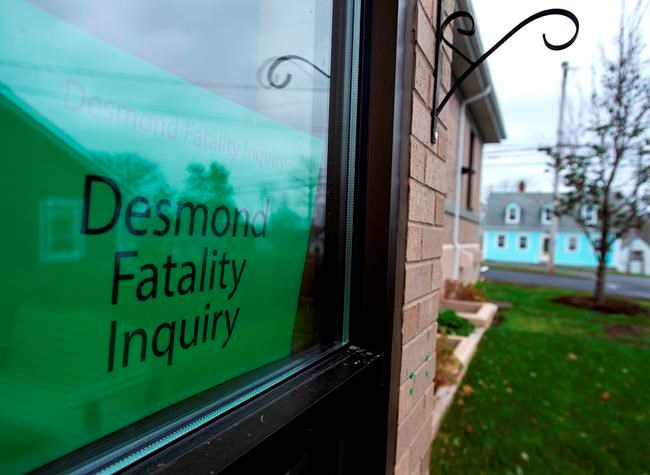 HALIFAX — Lawyers taking part in an inquiry investigating why former soldier Lionel Desmond killed his family and himself in 2017 say hearings won't resume until next year, a delay they say is difficult to comprehend.

The lawyers say the original plan was to move the hearings from Guysborough, N.S., to a larger venue in nearby Port Hawkesbury in September — to accommodate physical distancing protocols — but unforeseen circumstances forced a further delay until November.

Tara Miller, who represents one of Desmond's sisters, says she was told this week the inquiry now won't resume until early 2021 because the provincial Justice Department has yet to approve the move.

A department spokesperson could not be reached for comment.

The provincial fatality inquiry was announced in December 2017 after Desmond's twin sisters raised questions about his inability to receive adequate treatment for post-traumatic stress disorder after he was released from the military in 2015.

The inquiry started hearings in January of this year, three years after the veteran of the war in Afghanistan used a semi-automatic rifle to fatally shoot his mother, wife and 10-year-old daughter in their rural Nova Scotia home.

The inquiry was suspended in March and was supposed to resume in May, but that plan was shelved after the COVID-19 pandemic took hold.

Miller said the commissioner leading the inquiry, provincial court Judge Warren Zimmer, had said as early as July the hearings should be moved to Port Hawkesbury.

In October, Nova Scotia Justice Minister Mark Furey said it was up to Zimmer to decide when the inquiry would resume, but Miller said she was told Tuesday the provincial government is responsible for the latest delay.

This report by The Canadian Press was first published Oct. 28, 2020