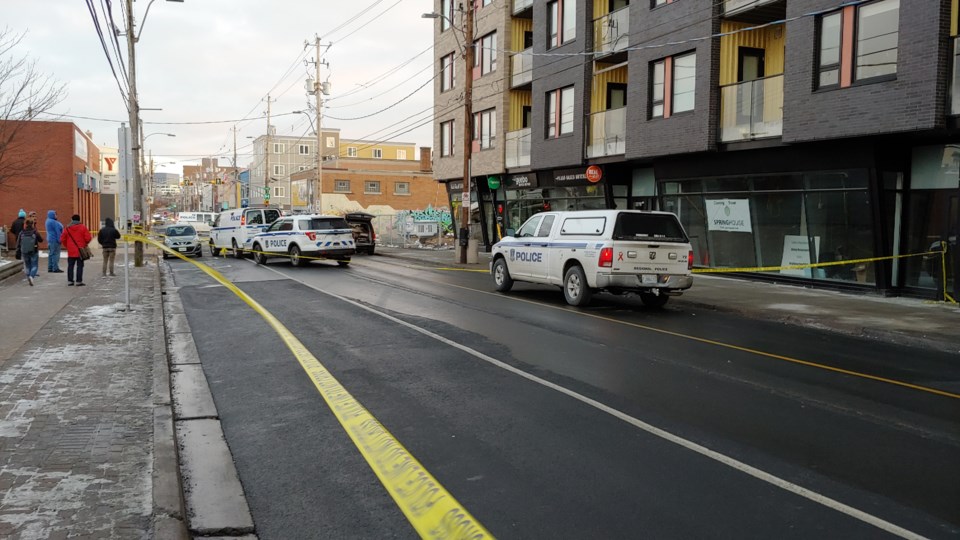 Police close off a section of Gottingen Street after a fatal pedestrian collision on Dec. 14, 2018 (Matthew Moore/HalifaxToday.ca)

Halifax Regional Police say a man is dead after being struck by a truck on Gottingen Street.

The man was pronounced dead at the scene after emergency crews arrived at around 2:45 p.m. Friday.

Police say there is no further information at this time.

Gottingen is expected to be closed between Uniacke and Prince William streets for some time.

Several Halifax Transit routes have been detoured as a result.