17-year-old Olivia Chute's skill on the water has vaulted her to the top of Canadian junior water skiing
Apr 6, 2021 4:45 PM By: Kieran Delamont 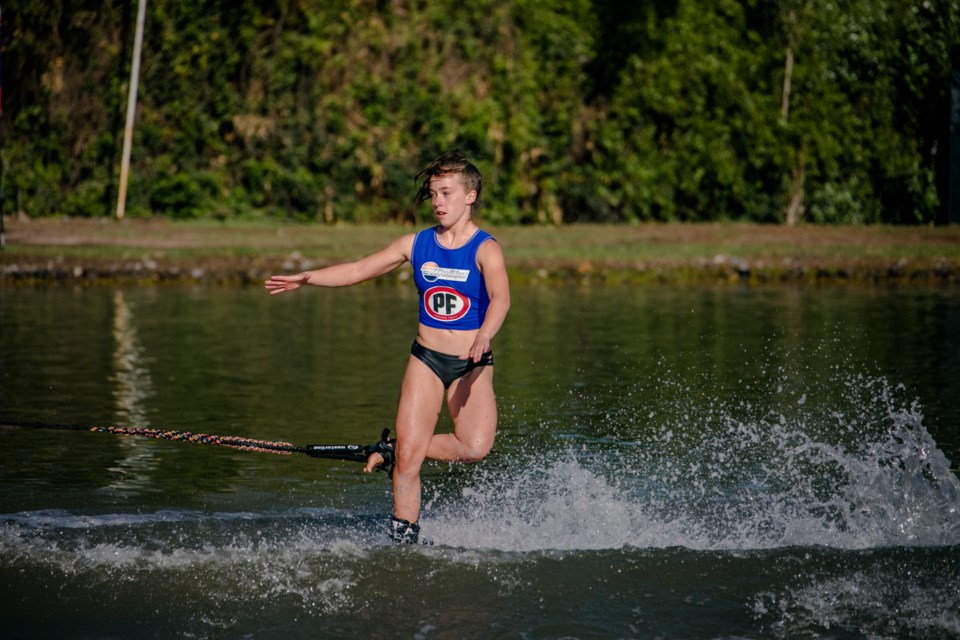 It happens in barely the blink of an eye: Olivia Chute, a 17-year-old water skier from Fall River, turns her ski toward the boat’s wake and using it like a ramp, launches herself into the air, completing a full flip in the process, and landing on the other side. As she comes back towards the centre, bang— another flip.

If Olivia is able to make it look easy, don’t be fooled — in water skiing, a flip is nothing to shake a stick at, and Olivia has been told she’s the only woman in Nova Scotia to land it successfully in competition.

It’s especially impressive given both her age and her rapid rise through the ranks of Canadian water skiing — recently reaching first in the world rankings for junior trick skiing.

She was introduced to the sport of water skiing at the young age of six, she recalls.

“My mom was a cottage skier growing up, and taught me to ski,” she tells HalifaxToday.ca from Florida, where she trains.

“I just did it for fun, and didn’t even know about competitions until I went to a camp run on our lake by the [Water Ski Wakeboard Association Nova Scotia], and they said, ‘hey you should try a tournament.’”

Her water ski career took off from there.

“I went to my first real tournament when I was 12, and in that same year I was selected for my first international tournament — the Pan-Ams in Mexico — and my passion’s just grown from there,” Chute says.

The 17-year-old’s speciality is in what’s called trick skiing — an event in water skiing that uses a wider ski to enable various spins and trick moves. Somewhat unusually, Olivia took to the trick ski rather quickly, and it remains her main event to this day.

“It was my first time riding the trick ski, and the coaches there said they’d never seen anyone just do as many consecutive spins,” Olivia recalls. “I’ve always loved how fun the tricks were, and how free I felt on the water.”

Olivia’s skill on the water has vaulted her to the top of Canadian junior water skiing, attracting plenty of attention from coaches and college recruiters.

Working with coaches Drew Ross and Jaret Llewellyn, she was part of the under-14 national team that won gold at the Pan Ams in Chile in 2018.

"That was definitely a highlight of my career thus far,” Olivia says, “because both of my scores contributed to that medal. That was super exciting for the team.”

Nowadays, Olivia splits her time between Nova Scotia and Florida, the epicentre of the water skiing sport, where training on the water takes up the majority of her days.

“I train every morning and afternoon. I do slalom in the morning and trick in the afternoon, generally, spending about three to four hours a day between my warm-up and on-the-water time, and the practice on land,” she says. “The sets are pretty intense, so you really have to be in it and focused for that time you’re on the water.”

At just 17, it seems as if there’s plenty of future ahead of her in the sport, as she continues to train and look at colleges stateside, where collegiate water ski programs are more common than in Canada. She’s also continuing to train, hoping to qualify for some of the sport’s upcoming major tournaments.

“I’m working to qualify for my first junior Masters, which is the most prestigious tournament that there would be in this sport — that, and the World Championships, are the pinnacle events,” she says. “It would be amazing to be able to go and compete there.”

For Andrea Chute, Olivia’s mom, the journey of watching her daughter’s rise through the sport — one that’s taken them across the globe and back — has been a special experience.

“I remember the day that they had her on the trick ski [at camp],” she says. “They came up to me and said ‘we’ve never seen this before — you have to do something with this.’ We’re always up for something fun, so we just said — yeah, sure!"

“We had no idea how it was going to transform our life,” she adds. “It has obviously completely changed the path of our lives, and I would do it all again.”